Lions, Tigers but no bears, oh my! A cebu safari run 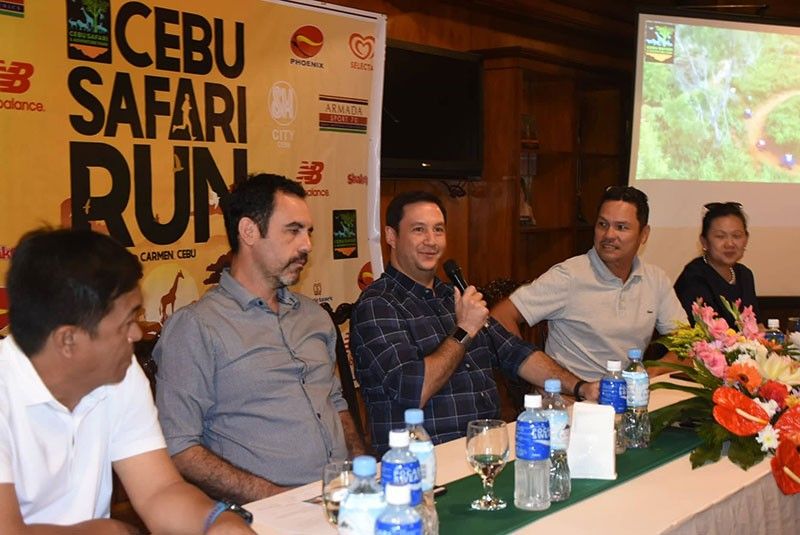 RUNNING within a safari can now be done in Cebu as the Cebu Safari and Adventure Park brings the first-ever Safari Fun Run 2019 on September 15 in Carmen, northern Cebu.

“This is different from other runs. Expect it to be scenic and of course, engaging with nature,” said Steve Maniquis, chairman of CornerStone Group, during Thursday’s press conference at the Hola España in One Paseo.

The trail run will cater to both the hardcore runners and the conventional participants with four categories to choose from. The regular trail runners can join the 21-kilometer and 12K categories, while the fun runners can participate in the 5K and 3K.

“The 5K and 3K run will be within the concrete roads inside the zoo, while the 12K and 21K categories will cover (muddy) terrains outside,” said Eduard Loop, the vice president and chief operating officer of Cebu Safari and Adventure Park.

The run is part of the Safari’s promotion to local and foreign visitors. It’s also a way of promoting sports tourism in Carmen and the northern part of Cebu.

“This event is supported by the Department of Tourism since it is part of our sports tourism with the intent to have local and foreign trips include the Safari in their itinerary,” said Quinito Moras of CornerStone Group.

Loop said to avoid stressing the park and the animals, they will limit the participants to only 1,000.

“The animals are already used to people, but we would like to limit it. We don’t want to stress the park,” he said.

Maniquis said they’re working to get MyBus and SM to provide the transport from the city going to Carmen.

“There are a lot of people asking about transportation. I think we can make it possible with SM and MyBus,” he said.

The organizers said they will raffle off prizes courtesy of the event’s sponsors.