Bzzzzz: Is 'position' tougher than 'possession' for Visayans to say? 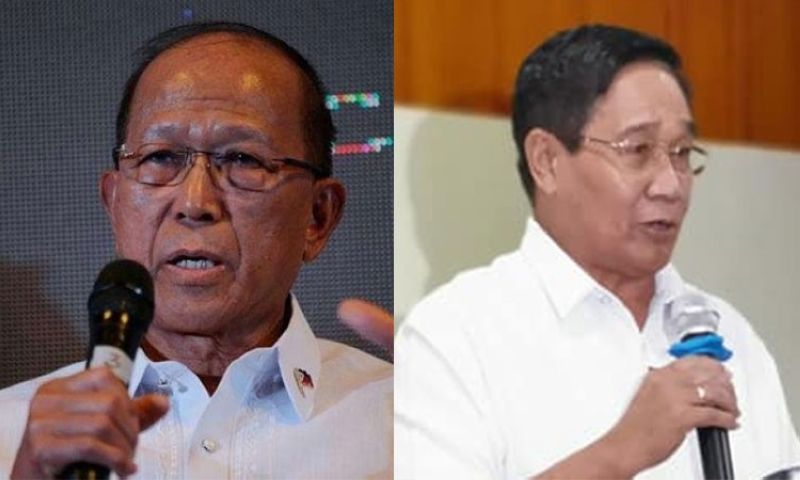 * LABELLA'S ONE-DAY TARGET FOR BUSINESS PERMITS. President Rodrigo Duterte, in his July 22 Sona, asked three days for business permits from local governments. Cebu City Mayor Edgar Labella's target: one day. How does he plan to do that? Put off the health and fire safety requirements, give applicants 30 days after issuance of permit to meet those requirements, and revoke the permit if they'd fail.

* NUMBER OF ABS-CBN PEOPLE WHOSE JOBS ARE AT RISK. According to SEC records as of the end of 2018, these are the employees who would be affected by a refusal of Congress and the President to renew ABS-CBN's franchise: 6,730 regular workers, 900 probationary, and 3,325 talents. House Bill #676 was re-filed by Nueva Ecija second district congresswoman Micaela Violago last July 1 but was released to media only last July 23. As a neophyte in the 17th Congress, Violago, 51 this August 25, first filed the bill in 2016 where it had lain idle at the committee on franchises with no one daring to push it.

Duterte has publicly expressed his dislike of the giant broadcast network. ABS-CBN's franchise will end March 30, 2020, or seven months away. Violago's bill seeks to grant it another 25 years.

EXPLAINER ON PRONUNCIATION. President Duterte said in his Sona last Monday (July 22) he cannot send the Coast Guard to drive the Chinese away. "China also claims the property," he said, and it is "in possession. Yan ang problema. Sila yung in possession and claiming the resources there as an owner. We are claiming the same but we are not in the position because of that fiasco noong dalawang nag-stand-off there during the time of my predecessor (Noynoy Aquino)..."

Horrors, the President admitted that China is in possession of the West Philippine Sea when (a) in fact it occupies only two or three small islands and (b) there are many other nations actually passing and using the sea route. Admission of possession by China hurts the Philippine claim.

Duterte's defense chief, Delfin Lorenzana, and national security adviser Hermogenes Esperon, doing damage control, explain it thus: China has the "positional advantage right now" because they have the equipment to enforce their "position." "Nakaposisyon sila sa islands nila but they are not in possession of ownership of the West Philippine Sea because we are also claiming it."

The President mispronounced, Lorenzana and Esperon said, the word "position": instead it came out as "possession." Though they didn't say, they in effect blamed Duterte's Bisaya tongue. Visayan-speaking character are staple subject for sitcoms on TV and radio, with their "hard tongue" as butt of jokes. It seems that the Cabinet officials are using it for damage control.

The problem though is not about pronunciation, not the "to-ma-to/to-may-to" thing. It is a matter of word usage. The President in the context of what he said must have meant "possession," not "position." But his two Cabinet officials say he meant "position."

In contrast, while Lorenzana and Espero tried to minimize the damage from what the President said, presidential chief legal counsel and spokesperson Salvador Panelo publicly said China has "legal and constructive possession" of South China Sea. So what's the fuss about "possession" and "position"?

By the way, which of the two words is tougher for a Visayan to pronounce? Try it.

Why the cops came

REQUEST FOR BLOTTER. Cebu City Administrator Floro Casas Jr. said he and City Attorney Rey Gealon didn't call for police assistance when they first saw the gutted office of the mayor last June 28. They just asked that the "incident" be recorded in the police blotter. The cops couldn't record it without seeing the site and they came.

As to the allegation of the camp of former mayor Tomas Osmeña that the two City Hall lawyers stopped the restoration work, Casas said on dyCM radio Thursday (July 25) that there was no one left at the site for them to order. The crew had left; no person and no work for them to "interfere with or stop." Record of security guards should tell if that is true. If there's CCTV footage, even better.