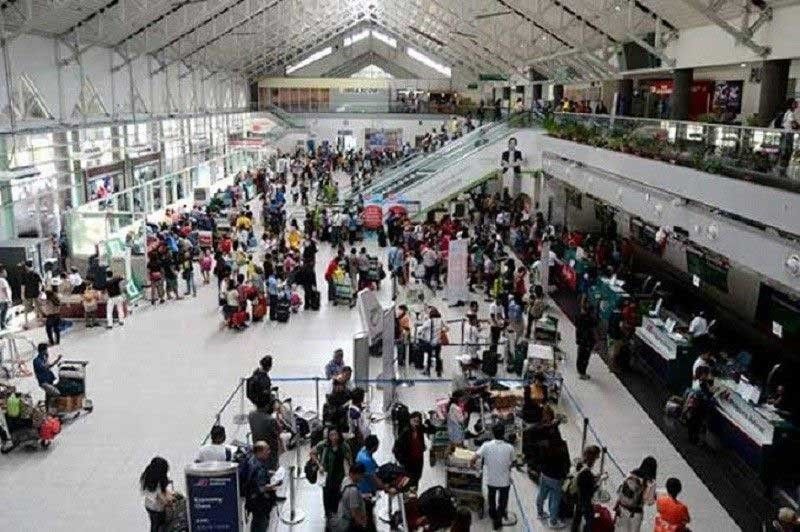 Davao City has recorded a total of 2.27 million domestic and international passenger volume in the first half of the year. SunStar File Photo

SOME 2.27 million domestic and international passengers went through Francisco Bangoy International Airport (Davao Airport) in the first half of the year.

CAAP-Davao manager Rex Obcena said in an interview with SunStar Davao that based on his observation, there is an increase of passenger volume during events held in the city like the Kadayawan festival celebration every August of the year.

“Sa historical data natin, naa ta’y increase of passenger volume ‘pag naay mga events sa city, mostly are domestic passengers. Also, ‘yung increase, that would imply na yung airport operation natin is doing very good (Based on our historical data, we have increase of passenger volume during events in the city, mostly are domestic passengers. Also, the increase would imply that our airport operation is doing very good),” he said.

“In terms of international flights, so far okay tayo, walang disruptions,” he added.

Most of the domestic passengers availed flights in Cebu Pacific Air while majority of the international passengers were with Cathay Dragon.

Meanwhile, domestic cargo volume going in and out of the Davao Airport reached 28.58 million kilograms (kg) and more than 58,000 kg for international cargo volume.

The business industry, tourism sector, local government, and the Davao City Chamber of Commerce and Industry, Inc. (DCCCII) have been pushing for more international air routes from the city to increase its trade and tourism.

The sectors also reiterated the need for the improvement of the Davao Airport despite the recent pronouncement of President Rodrigo Duterte that the city will be last in terms of upgrading during his State of the Nation Address 2019.