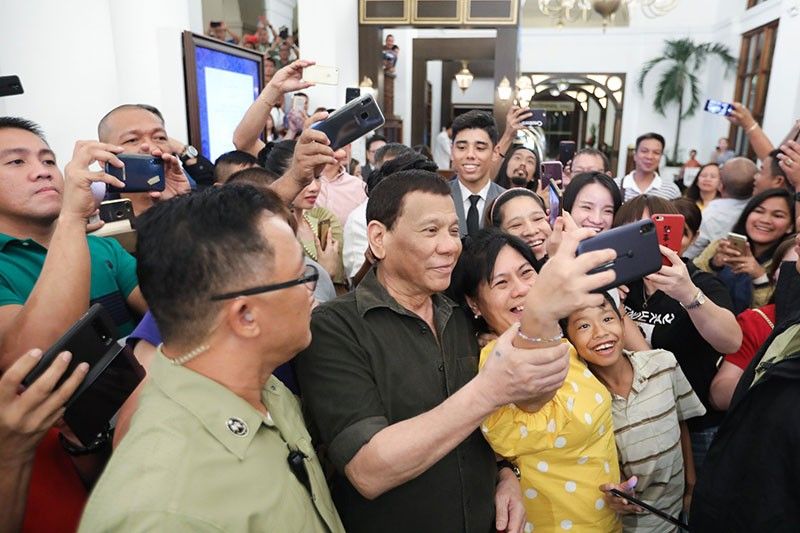 MANILA. President Rodrigo Duterte poses for a photo with some of the guests of The Manila Hotel on the sidelines of the meeting with the local chief executives on July 23, 2019. (Photo taken from Presidential Communications Facebook page)

“Vetoed,” Presidential Spokesperson Salvador Panelo said in a text message, when asked on update on the security of tenure bill.

Duterte’s decision to veto the proposed measure on workers’ security of tenure came in the wake of business sector’s opposition to its passage.

The decision was also reached following the recommendation of Socioeconomic Planning Secretary Ernesto Pernia to tweak the bill to ensure the protection of interests of both employers and workers.

Duterte’s latest move came even after he certified as urgent the proposed Security of Tenure Act in September 2018 to protect the contractual workers’ right to security of tenure.

Earlier Thursday, Panelo said the 18th Congress can refile a similar measure that benefits both the labor and business sectors, if the President vetoes the security of tenure bill approved by 17th Congress.

“Hahanap ka ng win-win solution. Kung ano ‘yung opposition ng business sector, pwede naman hanapan ng compromise ‘yun eh. So if he will veto the bill, then a member of Congress can introduce another one with a win win compromise solution. Oh di ba. Everybody happy,” Panelo said in a press briefing.

(You’ll look for a win-win solution. We can look for a compromise to address the business sector’s opposition. So if he will veto the bill, then a member of Congress can introduce another one with a win win compromise solution. Everybody happy.)