Palace retracts, says no veto yet on anti-endo bill 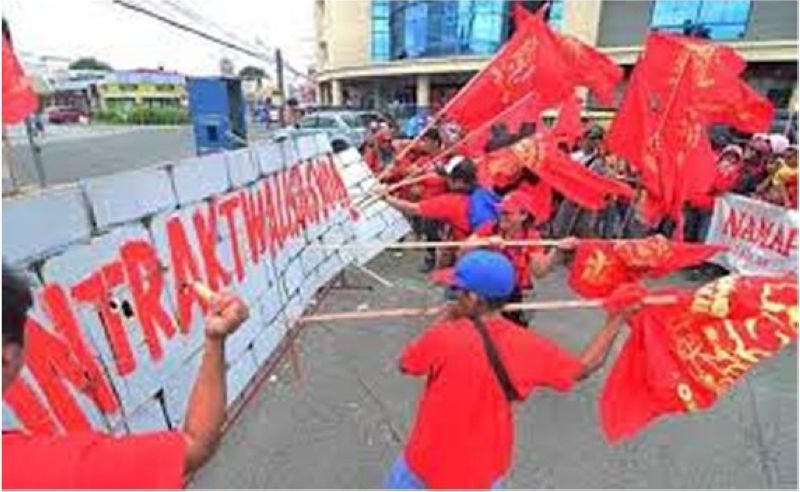 MALACAÑANG retracted Thursday, July 25, its statement about the Security of Tenure Bill and clarified that President Rodrigo Duterte has "not yet" vetoed the measure.

But less than an hour later, the Palace official retracted his remarks, saying that the fate of the measure would be known on Friday, July 26.

"Security of Tenure Bill not yet vetoed. [Duterte] still studying the pros and cons. Sorry for the error. We will know tomorrow for sure," Panelo said.

"Wait for the official statement [on July 26], whether signed or not," he added.

The Security of Tenure Bill, which was certified as urgent by Duterte in September 2018, will lapse into law on July 27 if it remains unsigned.

The Palace earlier said Duterte might veto the bill if he finds it will not be beneficial to both the workers and employers.

The bill is expected to end the practice of unlawful forms of contractualization, more commonly known as “end of contract or endo”.

Putting an end to endo was one of the campaign promises of the President in the 2016 elections.

The Senate on May 22 approved on third and final reading Senate Bill (SB) 1826 or the proposed Security of Tenure Act.

The House of Representatives adopted SB 1826, thus ruling out the need to harmonize the bill in a bicameral conference. (SunStar Philippines)