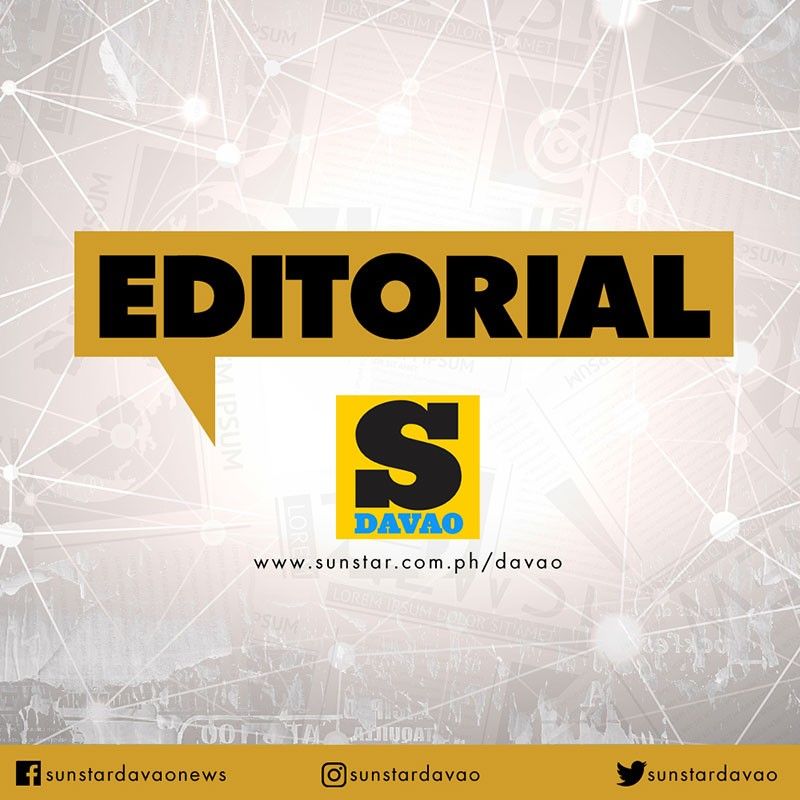 A HIGH government official once shared in a press conference that when he had some foreign delegates visit Davao City, the first question they asked upon landing was, "Where's the international airport?"

A little embarrassed after that innocent question of the delegates, the government official just answered, "This is actually it. This is the Davao International Airport."

It is no secret how the Francisco Bangoy International Airport (FBIA) needs revamping and some functional improvement. The Davao Chamber of Commerce and Industry Inc. (DCCCII) has been reiterating for years now the need for the modernization of the airport, most specifically its separation from the Civil Aviation Authority of the Philippines (Caap).

In several statements, the chamber expresses its support to the privatization of the FBIA as a means to hasten the improvement of the airport.

The Mactan-Cebu International Airport is one of the best examples of this. It is owned by a private entity and no longer managed by the government. Because of this, people believe that the fast modernization and development of the airport can be credited to the management.

In the past, there had been minor renovations and repairs done in the airport like installation of additional air condition units and comfort room repairs.

But the growing tourist arrivals in the city demands not only minor repairs on basic facilities but as well as upgrade of facilities that would make traveling or waiting more convenient for the passengers.

The statement of President Rodrigo Duterte on his recent State of the Nations Address (Sona) drew mixed reactions.

"Everybody is complaining about the Davao Airport. Davao will be the last para wala masabi ang Congress sa atin," the President said. He meant that the P40.57-billion modernization project for FBIA will be one of the last projects on the pipeline. He also said in his Sona that the modernization might not even be finished before his term ends.

Although there were people who were optimistic and said the President is saving the best for last, the business sector in Davao City stood their ground and said the modernization of the airport is actually helpful and vital to the economic growth of Mindanao.

"[This is] by way of increasing trade and tourism not only of Davao City but for the Davao region and Mindanao as a whole," DCCCII President Arturo Milan said, adding that he also understands that the president just don't want to be accused as biased.

The modernization of FBIA had indeed been up for debates for years now. But the need and the demand continue to arise.