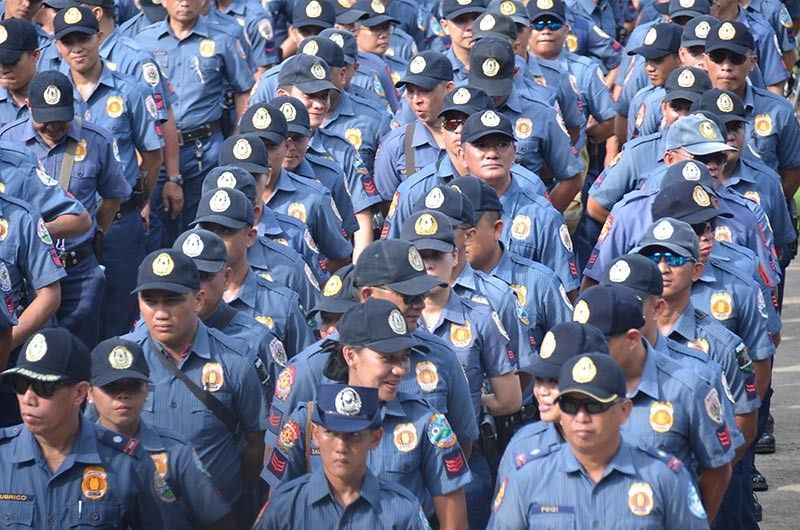 THE Police Regional Office (PRO)-Davao said a total of 473 applicants out of 589 successfully passed the Neuro-Psychiatric Examination taken last July 8-9.

It assured that the whole recruitment process was devoid of "Palakasan" or political intercession because of the newly-implemented barcode system.

The 589 Philippine National Police (PNP) applicants passed the agility test and took the neuro exam, which is one of the tests for aspiring police before becoming a full-fledged police officer.

Out of the 473 who passed the neuro exam, 79 are females and 394 are males. They were allowed to proceed to the next level, which is the physical and dental stage.

All the recruits underwent the entire recruitment process involving a series of tests and interviews leading to the final screening committee deliberation.

"The recent neuro-psychiatric test is under the newly-launched Robust Neuro-Psychiatric Medical and Dental System (Ronmedds), a foolproof system of screening police recruits free from 'human intervention' of influence peddlers," PRO-Davao said in a statement.

Ronmedds is the initial phase of the screening process for police recruits to ensure that only individuals with good moral character and the right mindset shall be admitted into the police service.

"This was done to thwart the previous system of 'palakasan' and 'backer system,' which was basically a form of corruption with applicants who failed the neuro-psychiatric and physical examinations being able to bribe for their names to be included in the list of those who passed," the PRO-Davao statement added.

The new system also discourages "well-meaning" individuals, both in the public and private sectors, from acting as "padrinos" of police applicants to facilitate their entry into the PNP.

Also, under the new system, the medical results of all applicants will be stored in a computer database and the results will also be bar-coded to make the findings irreversible.

"We are doing this to ensure that only the best, good, and honorable individuals become part of the police force," Morales said, adding that "through this process, the people are assured that all men and women in uniform are competent enforcers of the law and deserve the respect and admiration of the public."