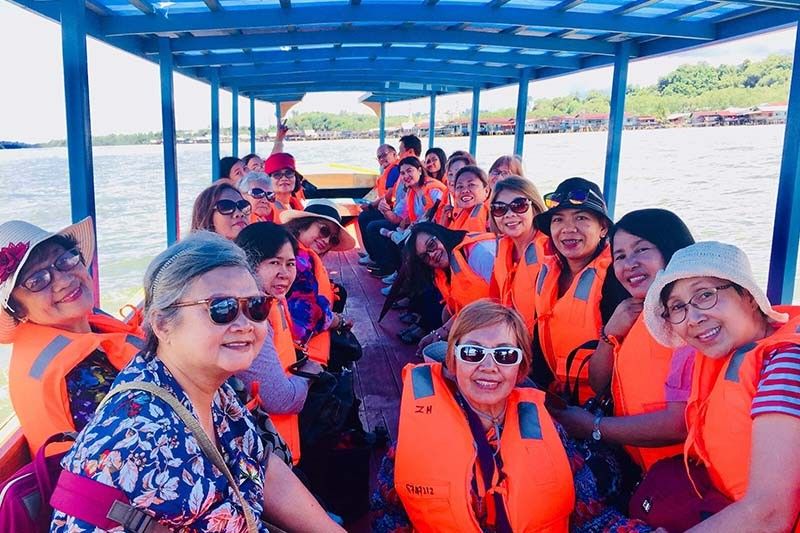 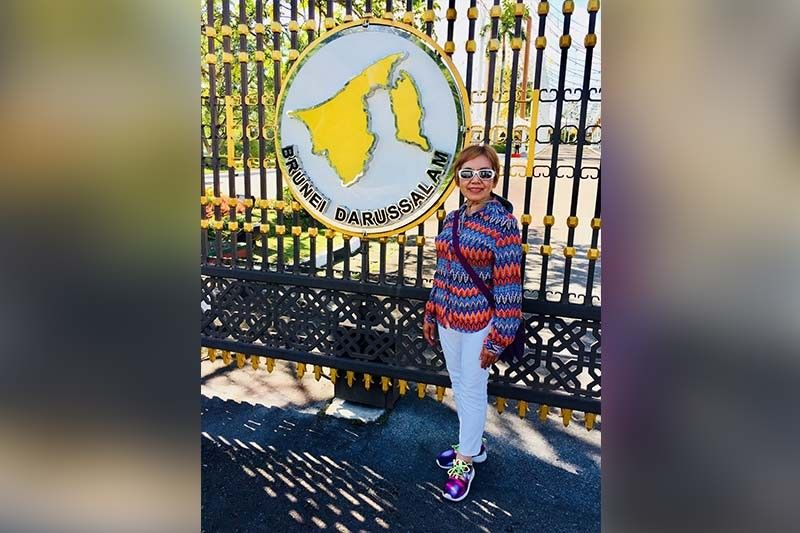 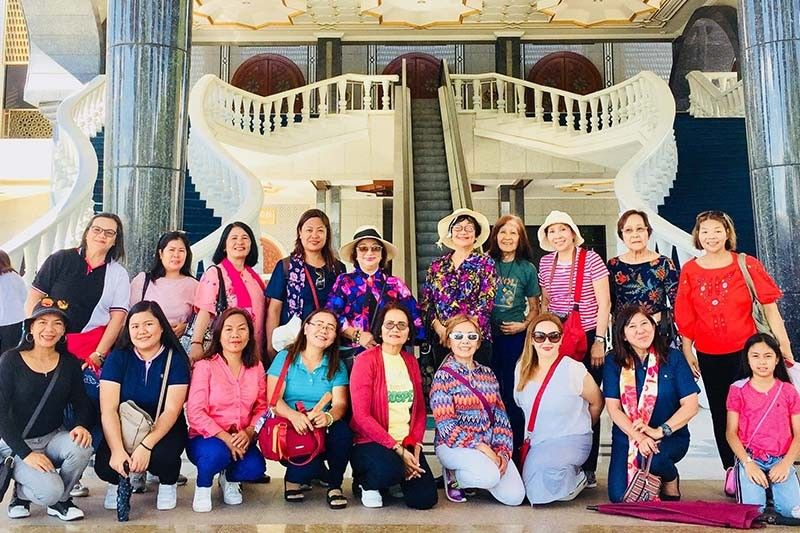 Some of the GSP delegates posed at the entrance of Jame Asr Hassanil Bolkiah Mosque. (Debb Bautista) 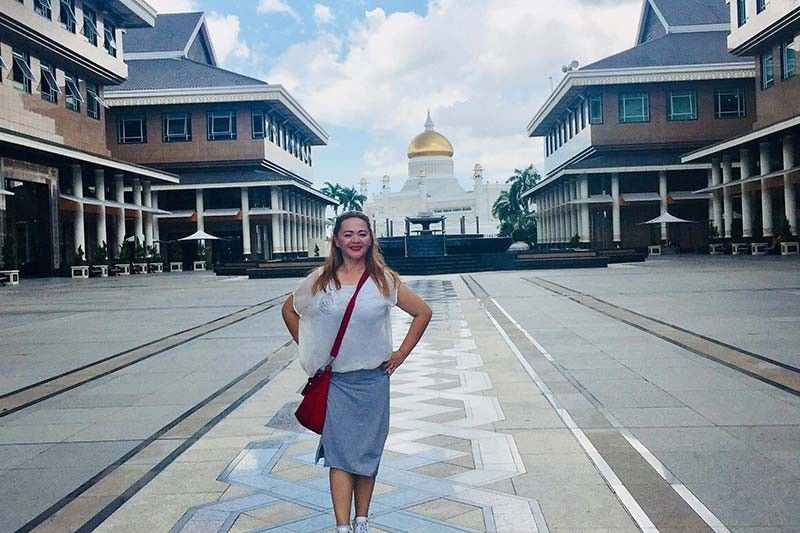 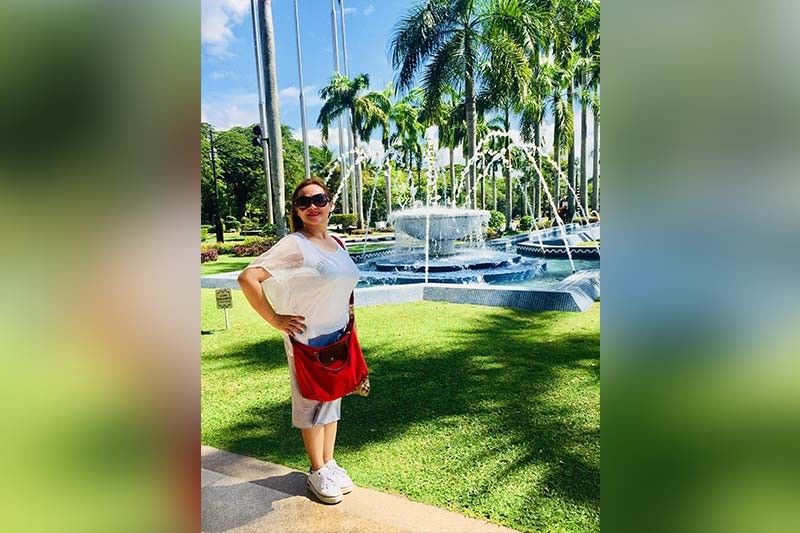 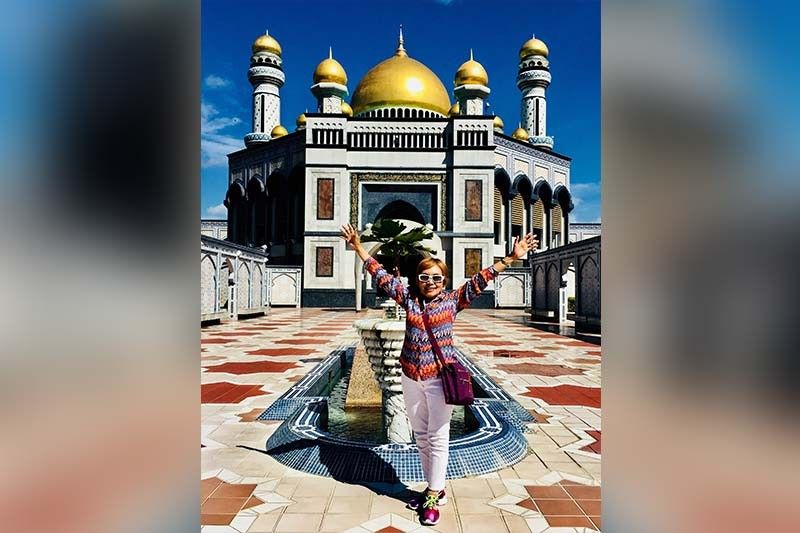 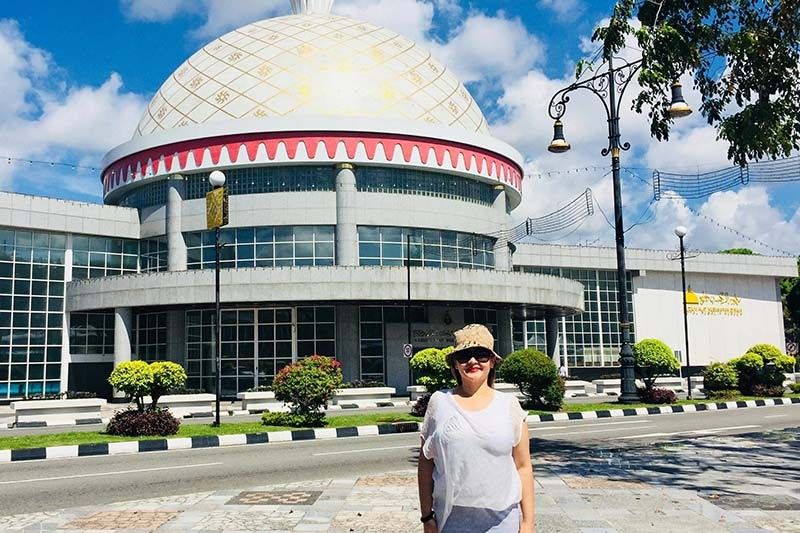 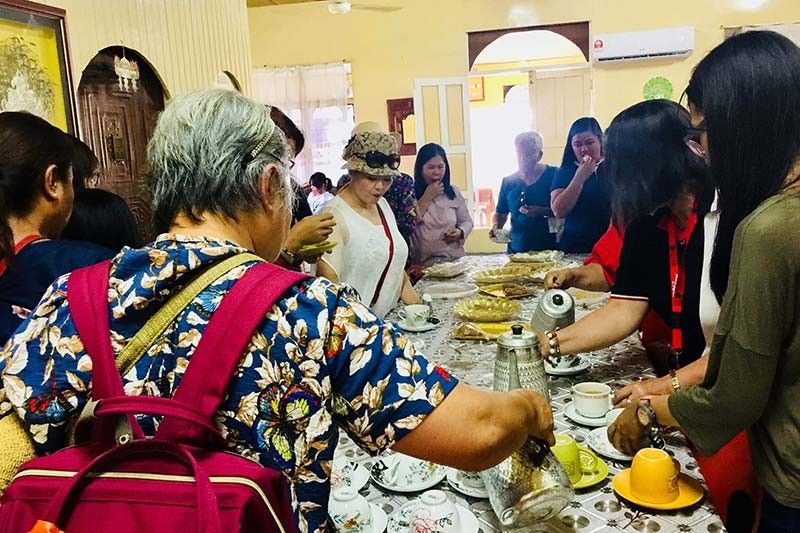 GSP delegates swarm around a table filled with homemade goodies in one of the houses at Kampong Ayer. (Debb Bautista) 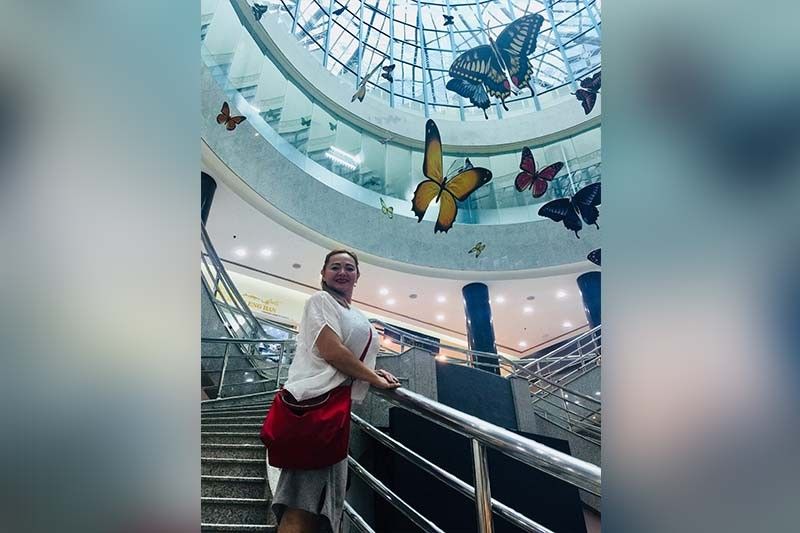 Jenee went to a mall where artificial butterflies were hanging from its ceiling. (Debb Bautista) 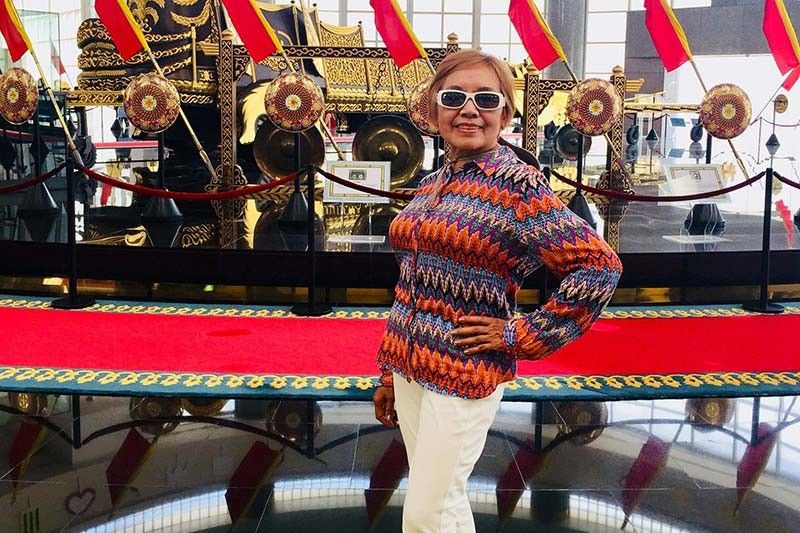 A portion of the chariot used during the sultan’s coronation is on display at the Royal Regalia Museum. (Debb Bautista) 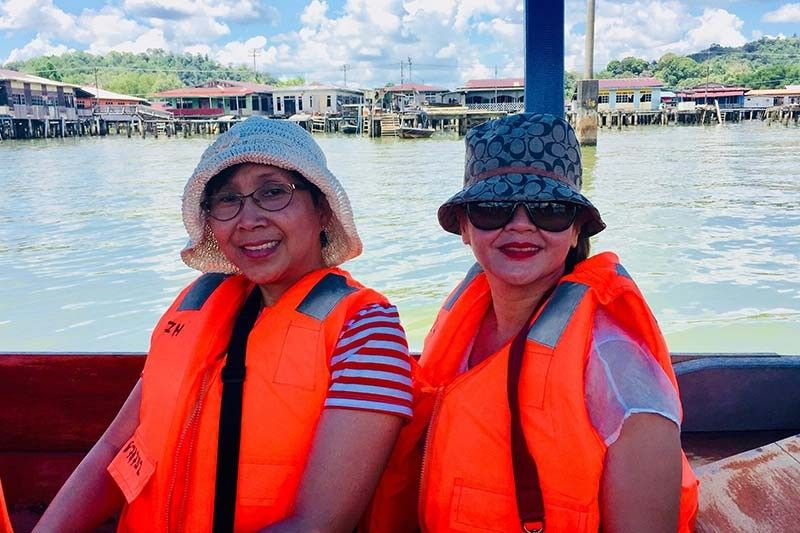 Liza Ilagan and Jenee enjoyed riding the ferry that went around Kampong Ayer. Their background are rows of houses and buildings on stilts. (Debb Bautista) 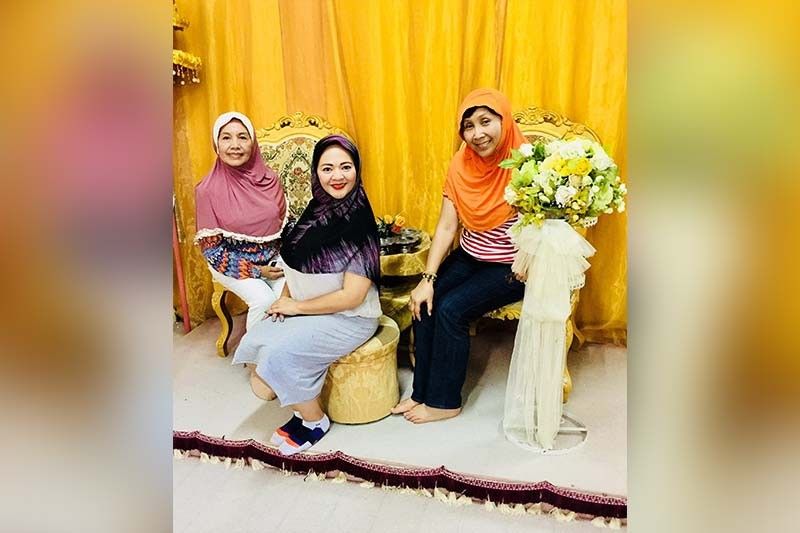 The author, Jenee, and Liza Ilagan are amused posing with their headscarves (hijales) inside one of the houses in the “Water Village”. (Debb Bautista)

THE Girl Scouts of the Philippines delegates continued its trip from Bangkok to Brunei. This is a country located on the north coast of the island of Borneo in Southeast Asia. It is a pint-sized and fabulously wealthy oil-rich sultanate with a population of just under half a million.

Our first stop was at Istana Nurul Iman, the official residence of Sultan Hassanal Bolkiah, which is considered as the world’s largest residential palace. The palace is open to the public only during the three-day Hari Raya Eid al-Fitr festivities at the end of Ramadan that is why this place just afforded us a photo opportunity at the gates and nothing more. Fun fact: Leandro Locsin, a Filipino architect, designed the palace.

Jame Asr Hassanil Bolkiah Mosque has 29 golden domes signifying this sultan as the 29th ruler of the dynasty. The mosque can accommodate 5,000 worshipers at a time, making it the largest mosque in the country. Although we were not able to walk in to admire the interiors, we loved the ambiance and the design all around.

Royal Regalia Museum documents Sultan Bolkiah’s life story from a little boy into adulthood. We saw the chariots used during the ruler’s 1992 silver-jubilee procession and his 1968 coronation, replicas of his throne, various crowns, gowns, and weapons. Gifts of elaborate crystal, jade, ivory, and silver show the Sultan’s inscrutable wealth. Literally translated as “Water Village” in Malay, Kampong Ayer is a cluster of around 40 small villages connected by a 38-km boardwalk and considered the largest stilt settlement in the world.

I imagined this floating village to be a small affair on the water, but was astounded by the sight of a living museum showcasing interesting traditional life where houses, schools, mosques, shops and bridges on stilts are built above the water that stretched for miles along the river.We visited one house here and had tea and native delicacies.

There are few traditional sights in Brunei. It’s a small country, and tourism itself is a relatively new concept here. This quiet Darussalam (Arabic for “abode of peace”) does not have much in terms of grandiose man-made attractions and mind-blowing natural parks. To me, its magnetism are the absence of crowds, the comfortable but relaxed atmosphere, and the way that society remains religious and conservative, refusing to embrace modernity despite having material wealth to do so.