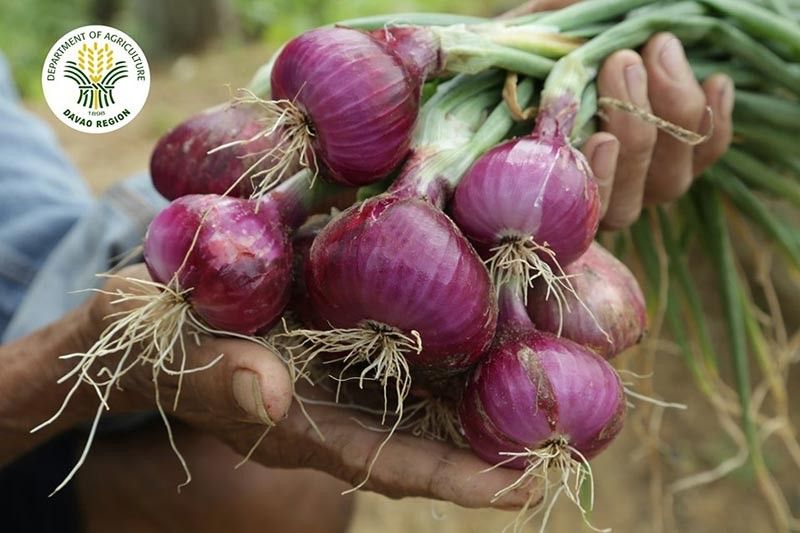 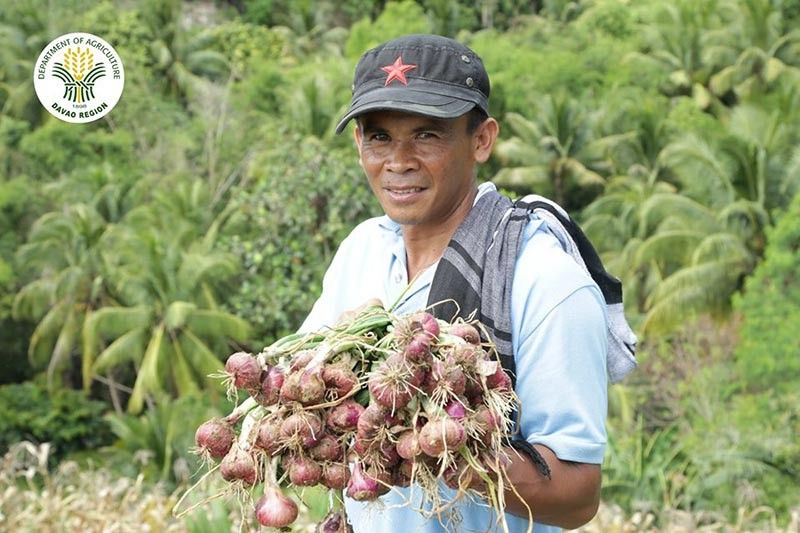 ON A 1,000-square-meter agricultural land in Matanao, Davao del Sur, farmer Lupe Calunsag started planting bulb onion and shallot varieties along with other vegetables in the hope of lifting his family out of poverty.

Seeing his neighbor harvest and earn from onions, he eagerly accepted two cans of onion seeds from the Department of Agricuture (DA)-Davao region in 2009, enough to cover the land he tills.

While growing onions could be very costly because of the need for fertilizer, Calunsag saw its potential to earn higher as he noted that the local farm gate price is not lower than P50 per kilograms (kg), compared to P20 to P30/kg in Luzon.

Calunsag said he earned P15,000 to P20,000 from his first harvest and this made him even more keen to focus on onion farming.

“Naka-kwarta gyud ko ani pero mao pa lang ang giabot kay permiro paman nako nga pagtanum og wala pakoy training kung unsaon gyud ang proper. Maong gamay rapud ang harvest (I was able to earn from it, however my first harvest earned smaller because it was my first time and I have no trainings yet to do proper onion farming at the time),” he said.

The following years, there were trainings conducted by government agencies and other private sectors that he availed which helped him to further hasten his expertise in planting onions.

At present, Calunsag has more than a hectare of land planted with onions and plans to expand as long as there will be another available land.

There are however, challenges that he sees should be addressed in order for onion farmers to increase their income, like the importation of cheaper onions and high production cost.

Seeing its success, he encouraged other farmers to venture also in onion farming activity, however, only few responded. DA-Davao region also advised them to create an association as they will no longer distribute onion seeds individually.

Calunsag, who became the association’s vice president, said the association took a long time to be created because the farmers in their area are vegetable farmers and they lack training on an onion farming activity.

Still, MABOFA attested that onion thrives well in their village when they harvested around 240 kilograms of shallots just this month from 100 grams of onion seeds.

“I envisioned that MABOFA will continue to develop and become sustainable. We wanted to prove in our village that onions could be planted in Matanao,” Calunsag said.