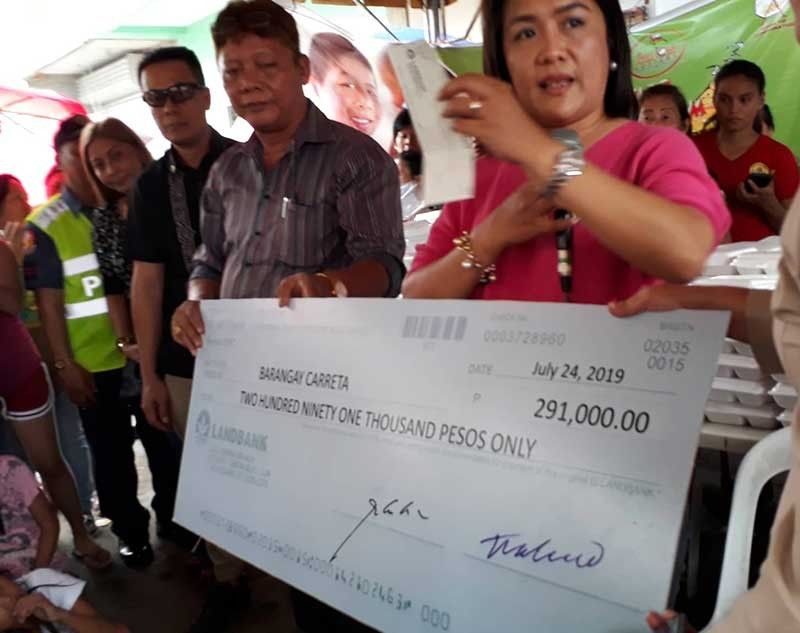 THE Philippine Charity Sweepstakes Office (PCSO) will continue to provide medical assistance while winners may claim their prizes despite the suspension of all gaming operations, an official assured.

In a statement Monday, July 29, PCSO General Manager Royina Garma said the Individual Medical Assistance Program (IMAP) services at the Lung Center of the Philippines in Quezon City and all PCSO branch offices nationwide will still be available, unless otherwise instructed.

Holders of winning lotto and Keno tickets may claim their prizes at the PCSO head office, Conservatory Building, Shaw Boulevard in Mandaluyong City from 8:15 a.m. to 4:30 p.m. Monday to Friday.

Garma said, however, that they will abide by President Rodrigo Duterte's directive to suspend all gaming operations.

“The PCSO supports the decision of our dear President in eradicating corruption and illegal gambling activities. The Agency programs, projects and activities are aligned to the objective and goal of our national government,” she added.

A total of 30,284 PCSO gaming outlets have been shut down since Duterte issued the suspension order late Friday, July 26, due to alleged massive corruption in the agency.

“That is a possiblity. We are not saying it will happen but it's a possibility na pag-usbong ulit ng illegal numbers game particularly ‘yung jueteng,” he said.

Albayalde said they received intelligence information from two provinces in Central Luzon where jueteng operations have continued despite the suspension of lotto and STL operations.

He said the PNP has yet to arrest anyone involved in the illegal numbers game. (SunStar Philippines)