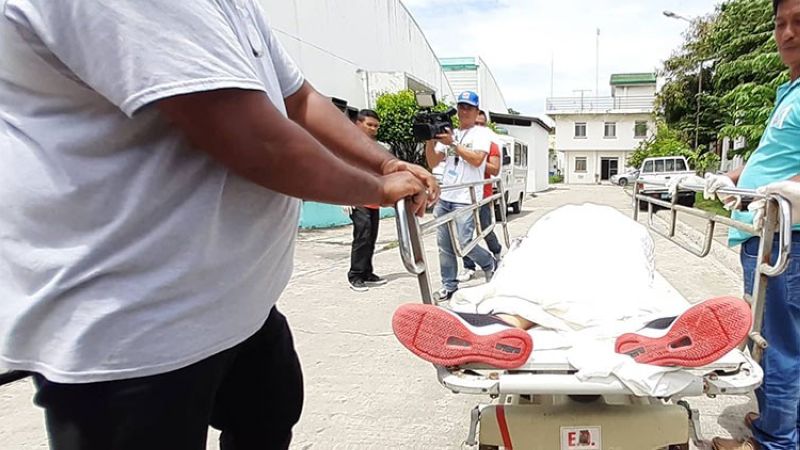 INSIDE JOB. Romy Ramas did not make it to the hospital alive after he was stabbed in the back while playing basketball inside the Mandaue City Jail-Male Dormitory on Monday, July 29, 2019. The 22-year-old victim was said to be an underling of drug lord Steve Go, who was also killed in the facility last year. (SunStar Photo/Arvie Veloso)

A PRISONER was stabbed dead while playing basketball inside the Mandaue City Jail-Male Dormitory Monday, July 29, 2019.

The victim was identified as 22-year-old Romy Ramas, who had been incarcerated for drug offenses since May 2017. The person who stabbed Ramas with an improvised bladed weapon has yet to be identified.

Ramas was said to be a follower of slain drug lord Steve Go, who was shot dead in the same jail facility on June 20 last year.

Ramas was rushed to a hospital but was declared dead on arrival.

Jail Warden Mark Toñacao said they will look into the possibility that the victim had enemies inside.

He also denied hearing the three successive gunshots that nearby residents had reported.

The facility is under red alert and visits have been suspended.

At the scene of the crime, jail personnel did not find any bullets or shells that would prove the victim had been shot.

The Bureau of Jail Management and Penology (BJMP) Mandaue has turned the investigation over to the police.

Police are still looking into the incident. (from ANV of Superbalita/PJB)