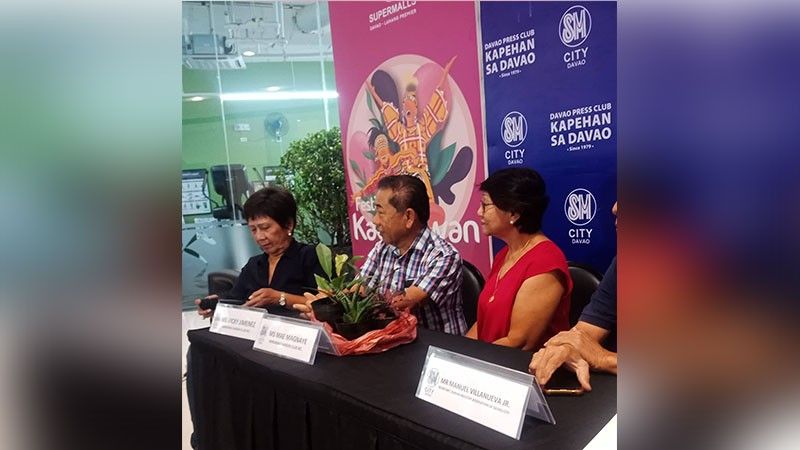 THE Mindanao Garden Club Inc. said it is expecting more foreigners to buy plants during the Agri Trade Fair 2019 on August 1 to September 1, 2019 at the SM Annex Grounds in Quimpo Boulevard, Matina, Davao City.

Vicky Jimenez, member of Mindanao Garden Club Inc., said during the SM City Kapehan media forum Monday, July 29, that prior to the event, they were able to invite foreign buyers from Taiwan, Thailand, Malaysia, and other countries by promoting agricultural products and services in the region.

She added that as per observation, there were more foreign buyers than locals during the Kadayawan Festival season.

“Our buyers during Kadayawan are expected to be foreign visitors unlike Araw ng Davao. People from other areas in the country and outside the country visit Davao City during the Kadayawan Festival, and also because we (Agri Trade Fair) are the longest and biggest garden show in the whole Philippines,” Jimenez said in the vernacular.

This year, they are expecting some 2,000 to 3,000 visitors in the month-long garden show where more than 400 stalls will display orchids, ornamental plants, fresh fruits, fruit trees, furniture, among others.

“It is an air plant which is very easy to export because [it needs no soil], plant lang siya which is also a trend now. It is less-maintenance and very easy to grow,” she said.

“We are helping them now with import permits since some of them already communicated with us [about buying these air plants],” she added.