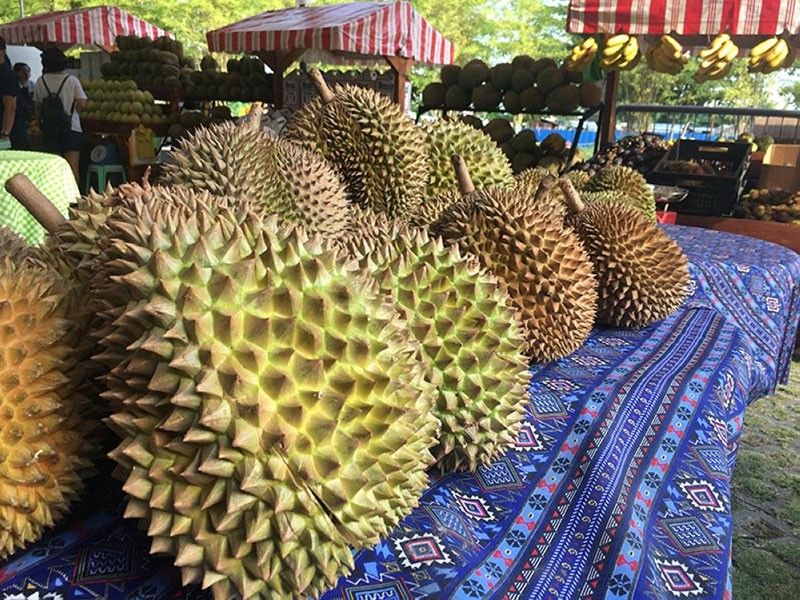 DAVAO. The Durian Industry Association of Davao City further promotes the planting of Puyat durian variety as they see a market potential in China. (SunStar File)

WHILE Puyat durian variety is already popular to local consumers, the Durian Industry Association of Davao City (DIADC) further promoted planting of this variety, as it sees its market potential in China.

During the harvest peak season in August last year, Villanueva said they were able to ship a container van of Puyat durian variety to China for free tasting of potential buyers and few have expressed their interest.

“We have one member who funded our shipping to China for free-tasting and the result was good because many have liked its taste and aroma,” Villanueva said in the vernacular in a separate phone interview.

He added that there have already been few shipments to China, but not by bulk yet.

Meanwhile, Villanueva said they are conducting trainings to their durian farmers on harvest strategies and identifying mature durian fruits potential for export to other countries.

“Mao ra man gud ni atong pamaagi na magpadala ta sa other countries, dili lang China but also Japan and Korea, nga quality pud para dili ta madaot (This is our way to ensure the quality of durian we are shipping not just in China, but Japan and Korea as well),” he said.

The group will showcase Puyat durian variety along with other varieties like Arancillo, D101, D24, Red Prawn, among others, during the Durian Festival on August 9 to September 9, 2019 at the SM Lanang Premier, in time for the peak harvest season and Kadayawan Festival.

There will be seven exhibitors to participate in the festival. Other Kadayawan fruits like mangosteen, lanzones, and rambutan will also be showcased. (LHC)