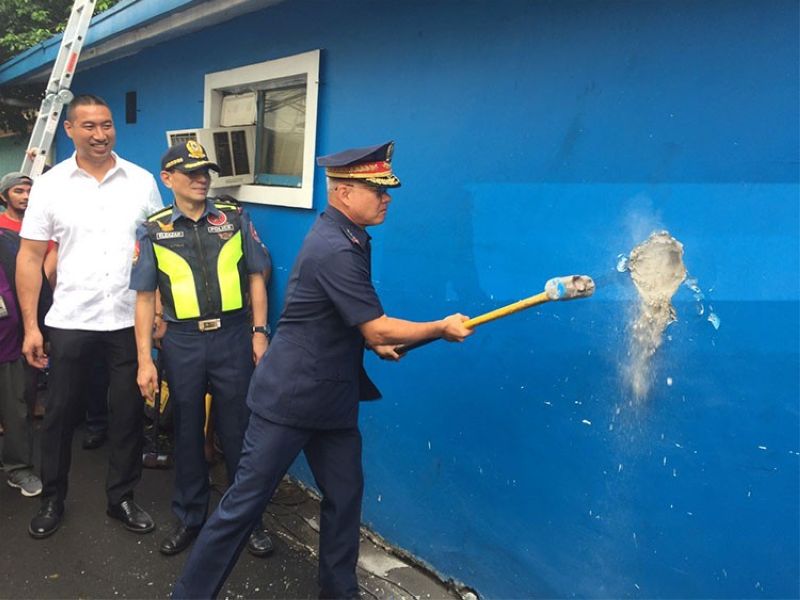 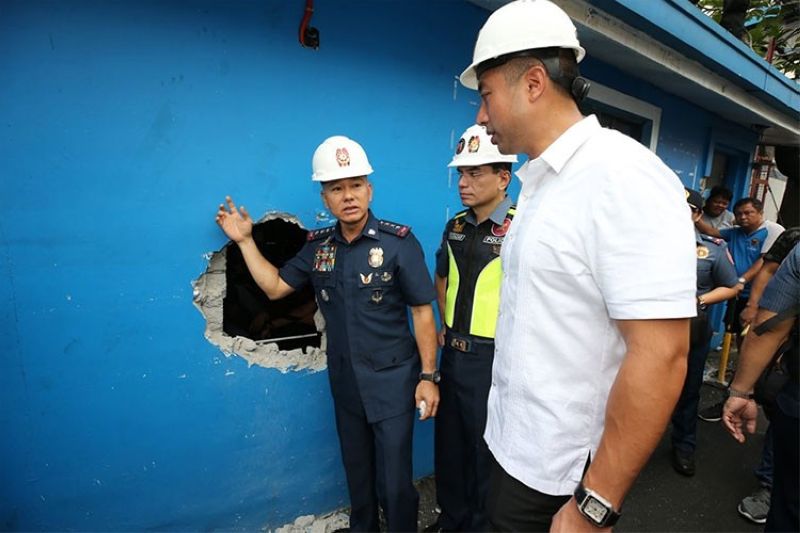 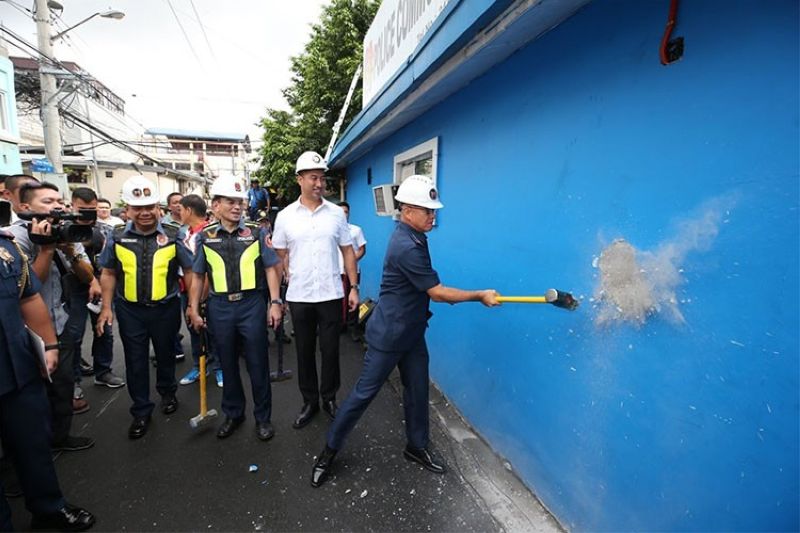 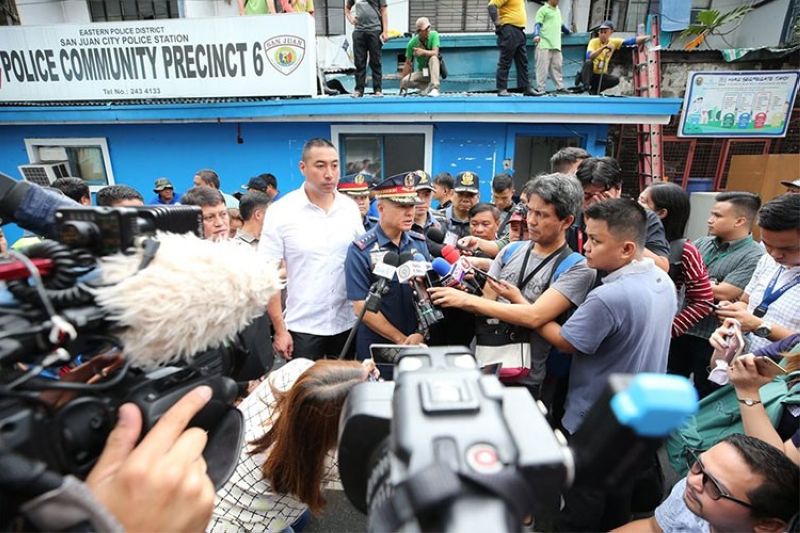 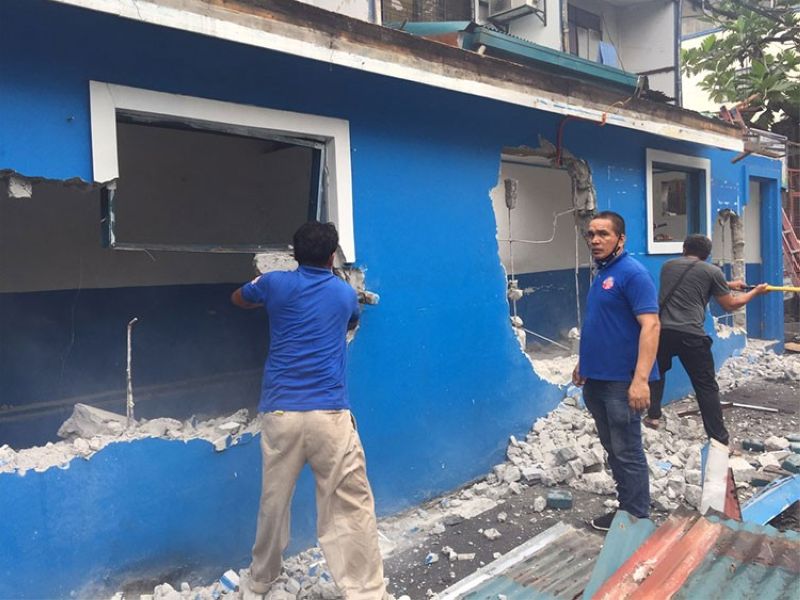 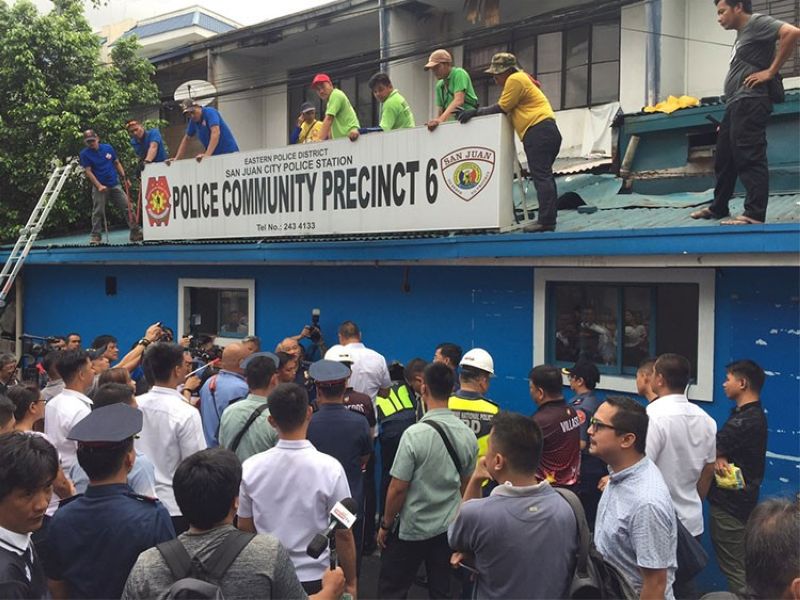 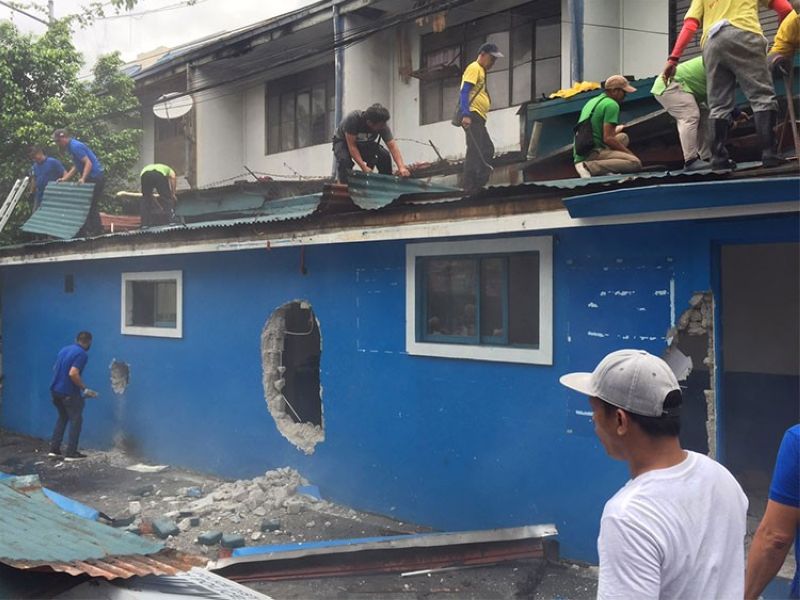 IN LINE with President Rodrigo Duterte's directive to clear roads and sidewalks, Philippine National Police (PNP) Chief Oscar Albayalde on Tuesday, July 30, led the demolition of a police community precinct which occupies part of the sidewalk.

Police Community Precinct 6 in West Crame in San Juan is situated just outside Camp Crame and occupies a portion of the sidewalk.

The structure, which was donated by the local government, was constructed on the sidewalk due to lack of space.

The demolition is in compliance to the order of the President Rodrigo Duterte to reclaim public roads being used for private purposes in order to ease traffic congestion in Metro Manila.

The local government units were given 60 days to clear road obstructions in their areas of jurisdiction.

Albayalde, however, that PCP 6 operations and services would not be disrupted because the police station will be temporarily transferred to the Barangay Hall.

LOOK:PNP chief Oscar Albayalde led the demolition of a police station near Camp Crame which occupies the sidewalk. @sunstaronline pic.twitter.com/IDZYBfEqLy

For his part, Zamora vowed to find a new site for the police precinct.

Albayalde has instructed his men to provide necessary assistance to the local government unit in clearing public roads. (SunStar Philippines)