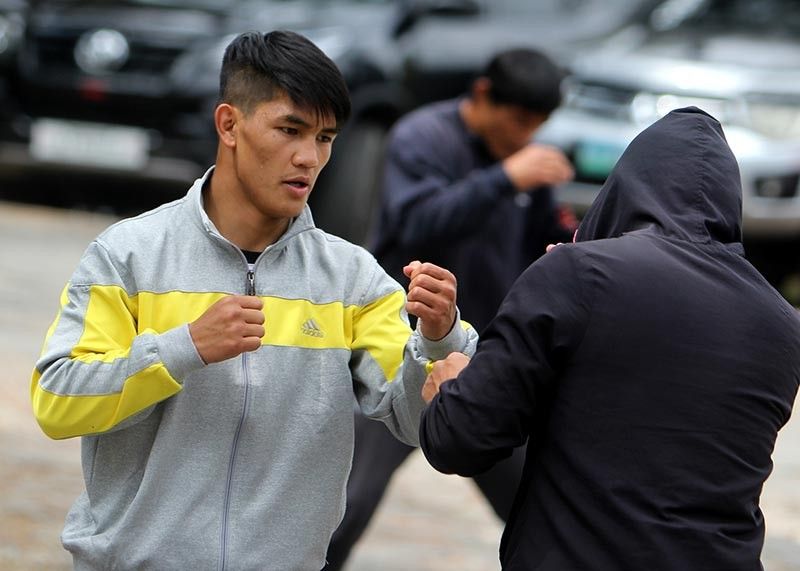 BAGUIO. With world champions training alongside him, Danny Kingad is confident he can defeat Reece Mclaren in their face off on August 2 at the Mall of Asia Arena. (SunStar Baguio File)

ONE of the world's most exciting martial artists wants to prove he is also one of the best at ONE: Dawn of Heroes by advancing to the ONE Flyweight World Grand Prix final.

In one of two semifinal matches this Friday, August 2, in Manila, Danny Kingad will share the ring with Reece McLaren.

Whoever emerges with their hand raised in the Mall of Asia Arena will face the winner from the other side of the bracket -- either Demetrious Johnson or Tatsumitsu Wada -- at ONE: Century in October, which will put them within one match of the division's ultimate prize.

The Filipino warrior was set to take on Kairat Akhmetov, but an injury to the former ONE flyweight world champion meant McLaren got the opportunity to step in.

Kingad is not fazed by the unexpected change in opponent, though, as he continues to focus on improving his craft.

"For me, it's not that huge of an adjustment because they have a similar style. I think they are both strong wrestlers, while I have the advantage in striking," Kingad said. "I think Kairat is stronger than Reece in terms of wrestling, but Reece is more technical on the ground and grappling."

Kingad added he is training by doing advanced lessons and polish other aspects like wrestling and jiu-jitsu.

"We go down to Manila to learn techniques in jiu-jitsu, and we hone them back home until we improve them, and then incorporate them into our game plan," he added.

When he is at Team Lakay, the 23-year-old trains with a host of men who have held ONE World Championships and who have also offered him valuable knowledge and advice for his next match.

"Eduard [Folayang] guides me on my ground game, while Kevin [Belingon] teaches me how to properly throw punches and kicks. Then, there are my training partners, Geje [Eustaquio] and my brother Joshua [Pacio], who help improve my speed, because I need to keep up with them when we're sparring," he said.

Kingad said sparring with world champions makes him feel he is getting better.

"They do their techniques, and I review them, so I learn these techniques from them. It's an honor to have them as my training partners," he said.

One may who can offer some unique insight about facing McLaren is Belingon, who defeated the Australian by knockout in August 2017.

Because that contest was over in just 62 seconds, his strategic advice does not have many nuances, but Kingad has a back-up plan to make sure he comes out on top on 2 August.

"Their match didn't last too long, so he couldn't really say for certain how Reece is as an opponent in the Circle," Kingad said. "Kevin told me that all he did was knock him out, so he told me to just do the same. It will definitely be an exciting match. I am confident for this bout because, from striking to the ground game, I really prepared for this."

The Potential Unlimited Mixed Martial Arts representative has had success in two weight classes during his time in ONE, with more than half of his wins via submission.

His only defeats have come against men who have held a World Title -- Belingon, Akhmetov, and Bibiano Fernandes.

"A win against him will definitely be huge for my confidence," he said.