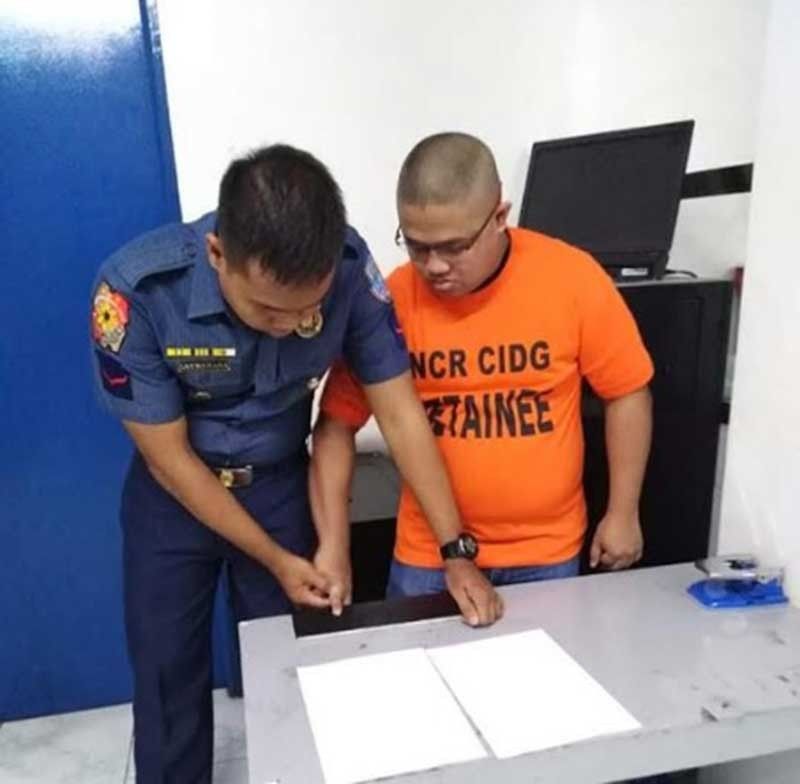 THE man claiming to be Bikoy, the hooded figure in a series of anti-Duterte videos, has surrendered again.

This time, Peter Joemel Advincula's surrender is related to the cyber libel charges filed against him by Bicol-based businessman Zaldy Co, the owner of the posh Misibis Bay Resort.

Advincula had linked Co to the illegal drugs trade in the videos called "Ang Totoong Narco-list".

He underwent booking procedure at the CIDG office in Camp Crame, where he will also be detained until he is able to post P10,000 bail.

Co was tagged as among the big time operators of an alleged drug den situated inside the Misibis Bay Resort.

Advincula first surrendered to the CIDG over charges of estafa and later posted bail.

At the time, he belied his statements on the video and tagged the government’s critics, including then senator Antonio Trillanes and Vice President Leni Robredo as behind the videos.

Charges of sedition, cyber libel, libel, estafa, harboring a criminal and obstruction of justice have been filed against Robredo, Trillanes and several other personalities tagged as behind the videos. (SunStar Philippines)