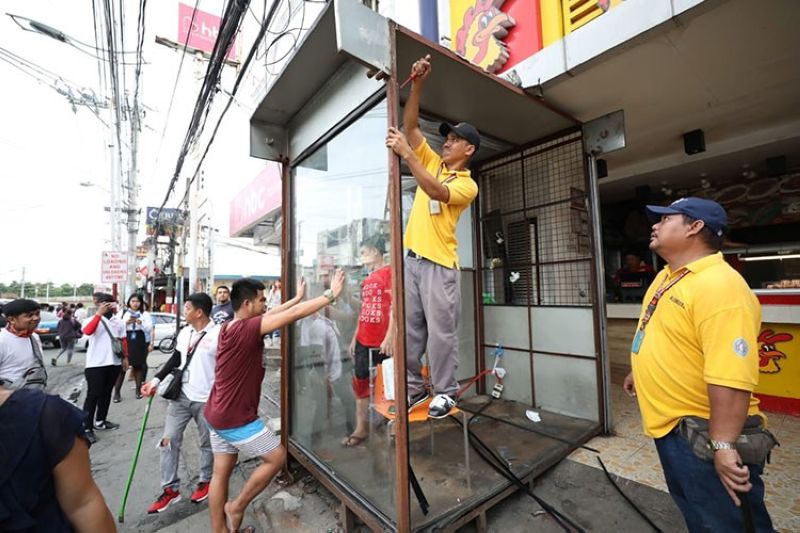 THE Taguig City Government has embarked on intensive operations to clear the city streets of obstructions, including illegal structures, illegal vending and illegally parked vehicles.

The operations are done pursuant to an executive order (EO) signed by Mayor Lino Cayetano right after he assumed office.

Cayetano ordered the city departments to "intensify their efforts in ensuring pedestrian and vehicular mobility, and access to public services activities using public roads and other similar infrastructure" to ensure public safety.

Mobility, as the EO highlighted, is vital in urbanization and development.

“Aside from the space occupied by roads, transport system, buildings and infrastructures, the associated pedestrian and vehicular movement invariably shapes the urban forms of the city,” it added.

In his fourth State of the Nation Address on Monday, July 22, President Rodrigo Duterte ordered all local government units (LGUs) to “reclaim all public lands.”

The Department of the Interior and Local Government ordered LGUs to complete the task in 60 days. And the City of Taguig, which has been clearing the city’s roads for the past years, is doing just that.

According to the mayor, a “walkable city” is, after all, a “safe and healthy city.”

Upon assumption of office, Cayetano has said making Taguig a safer and healthier city was of prime importance to his administration as part of his 10-point agenda.

“Our leadership has been consistent with its mandate in regulating the use of and access to streets, highways and public roads and has regularly implemented clearing of all public roads in the city of all obstructions that may endanger the safety and impede pedestrian and vehicular traffic flow,” he said.

For the past years, Taguig City has been conducting clearing operations five to seven times a week to rid the streets and sidewalks of obstructions. (PR)