Online trafficker from Mandaue sentenced to 15 years in jail 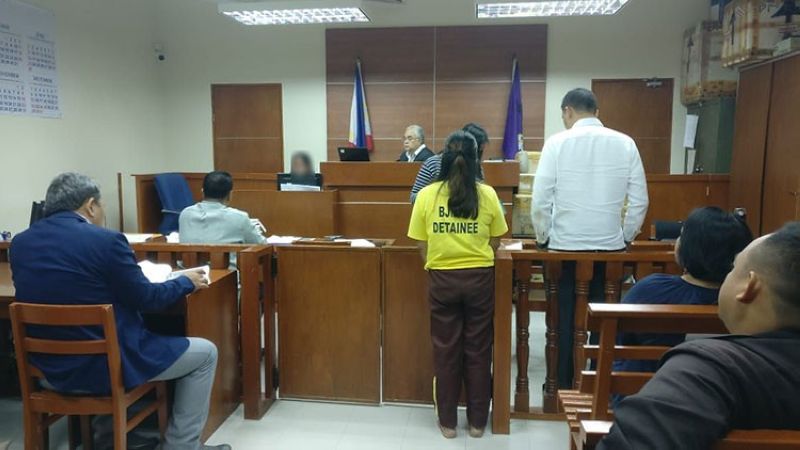 A 45-YEAR-OLD online trafficker was sentenced to spend the next 15 years in prison after pleading guilty to attempted trafficking Tuesday, July 30, 2019.

Merlyn (real name withheld to protect her children) was arrested in Barangay Jagobiao, Mandaue City on April 16 during an entrapment operation conducted by members of the Women and Children Protection Center (WCPC)-Visayas Field Unit (VFU).

WCPC is a specialized and dedicated anti-trafficking unit within the Philippine National Police.

The operation also led to the rescue of Merlyn’s five children, ages ranging from 6 to 17. During the entrapment, she offered her youngest daughter, aged 6, for online sexual abuse in exchange for money.

Her three elder sisters also at some point suffered online sexual exploitation at the hands of their mother, while her elder brother was considered an at-risk child.

All five children are now receiving trauma-informed interventions from the Department of Social Welfare and Development.

Daomilas handed down a 15-year sentence and fines and damages amounting to P1.5 million.

“Seeking to protect our children from Osec (online sexual exploitation of children) does not stop with the rescue of victims or with the arrest of the perpetrators. It goes all the way to ensuring that perpetrators are held accountable for their crimes and Osec survivors are eventually restored. The series of convictions we’ve achieved in recent years reinforces what effective law enforcement has accomplished in the fight against Osec. The law should be a safe refuge for the oppressed,” said lawyer Lucille Dejito, IJM Cebu’s director of Legal Interventions.

“Today’s conviction brings with it a harsh punishment of 15 long years of imprisonment for the offence she committed to her victims. We hope that these long years of serving her sentence will serve as a warning to all suspects engaging in online sexual exploitation of children,” said Colonel Romeo Perigo, chief of WCPC-VFU.

Prosecution lawyer Van Russel Inopiquez said: “Let us love our children. Teach them the good values in life so they may become good citizens in the future.”

This case stemmed from a “cybertip” that the National Centre for Missing and Exploited Children (NCMEC) in the United States forwarded to the Philippines’ Department of Justice Office of Cybercrime.

So far in IJM-supported cases, 69 persons have been convicted in the Philippines for Osec since 2011.

IJM has supported Philippine law enforcement agencies in operations leading to the arrest of 216 Osec perpetrators and the rescue of 520 victims and children at-risk across the country. (PR)