Durian now at P80 per kilo 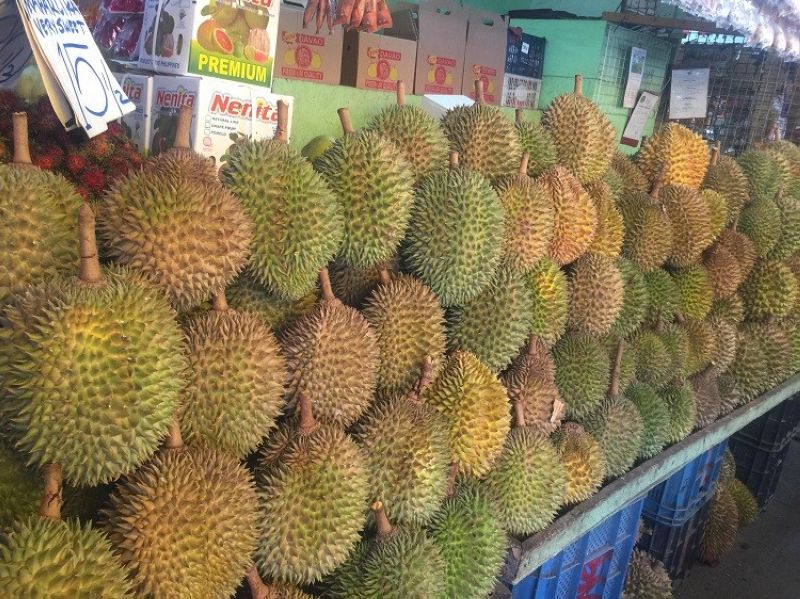 DURIAN varieties are currently as low as P80 per kilogram at Bankerohan Public Market from P120 to P150 per kilogram (kg) last week.

The prices of durian and other fruits like mangosteen and rambutan are expected to drop during its peak harvest season in August, just in time for the Kadayawan Festival celebration in the city.

Durian Council in the city even estimated that durian would go as low as P50 depending on its quality.

Based on the monitoring conducted by SunStar Davao in the said market, Puyat durian variety, which is popular to the consumers, is now at P100 per kg, while other varieties are at P80 per kg.

Davao Durian Industry Association Council (DIADC) secretary Manuel Villanueva reported that they have estimated around 10 tons of durian per day will be traded in the city starting mid-August from producers in all parts of Mindanao.

"Just in time for Kadayawan, we expect increase volume of durian estimated around 10 tons per day," Villanueva said, adding that this will further cause decrease of durian price around the city.

He added that despite influx of traders from outside the city, Davao City still has the biggest portion of durian production.

However, fruit vendors said the price of lanzones is still at P150 to P180 per kilogram since it is not yet its harvest season. They also added that the supply of lanzones is getting low.