Thornless durian has no market 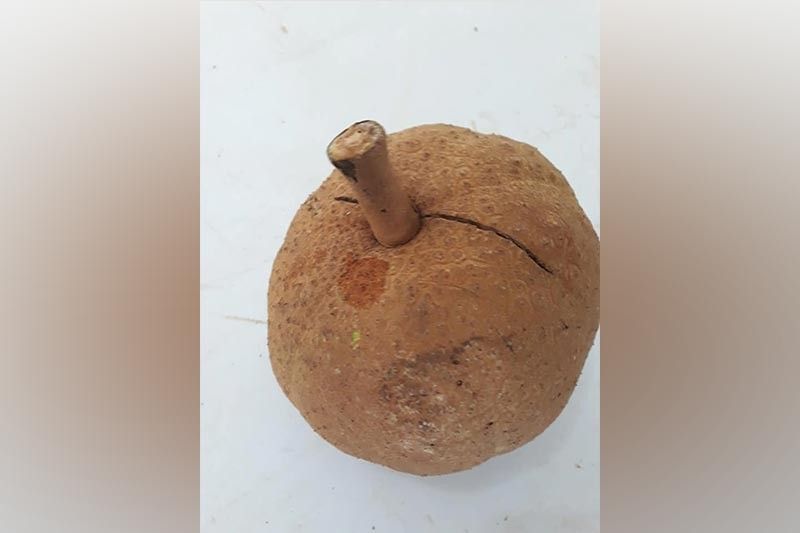 The Department of Agriculture (DA)-Davao discourages farmers from planting in large-scale the Thornless durian variety as it has no market locally and internationally. (Photo by Virgilio Loquias of DA-Bureau of Plant Industry)

THE Department of Agriculture (DA)-Davao is discouraging farmers to plant in large-scale the Thornless durian variety as it has no market locally and even internationally.

Few trees of Thornless durian variety are now conserved in the germplasm area of DA-Bureau of Plant Industry (DA-BPI) in Davao City. However, DA reiterated that it has no potential for business so they do not recommend this kind of variety to farmers in the region.

“We do not encourage farmers because we want them to go into expansion where they could earn income. We give assistance to them by recommending varieties with potential market like Puyat durian variety,” DA-Davao focal person Noel Provido said in an interview with SunStar Davao.

“This variety is not sustainable because its taste cannot compete with other varieties of durian. And you know the consumers, they want to get their money’s worth so the meat and the taste of durian really matter,” he added.

Despite having no market, Provido said few trees are still being planted since it could be an opportunity as farm tourism in the region.

“We can grow this for seasonal, but not large-scale, just for attraction. It is unique, pwede siya pang-post sa Instagram,” he said.

Meanwhile, the Durian Industry Association Council of Davao City (DIACDC) is encouraging durian farmers to plant more Puyat durian variety as it has market opportunities in other countries like China.

“Thornless durian is a variety discovered for quite a while now but no one wants to plant its variety because of its market viability. We encourage them instead of planting Puyat durian varieties,” DIACDC secretary Manuel Villanueva said.

The months of August to September are known as durian season where around 10 tons of durian varieties are available for sale in Davao City, just in time for the Kadayawan Festival celebration.