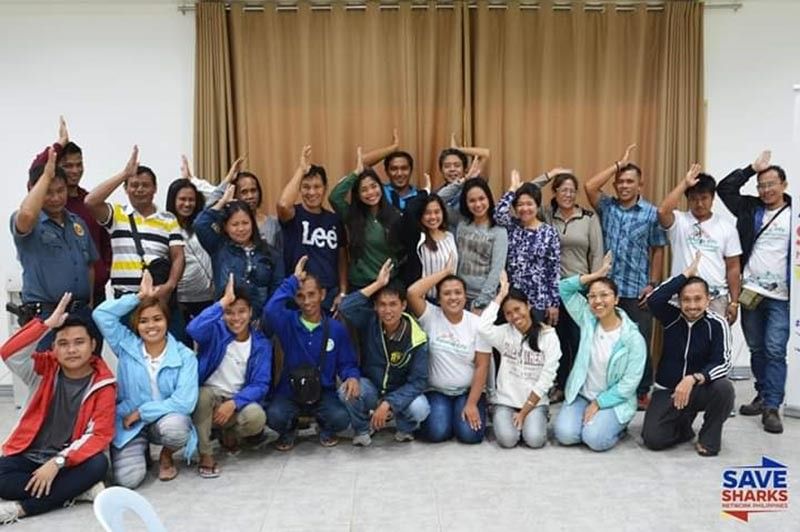 IN A bid to boost shark conservation in the locality, the City Environment and Natural Resources Office (Cenro) of Sipalay City and members of the Save Sharks Network Philippines (SSNP) have recently initiated an activity dubbed "Shark Conservation Legislation Toolkit Workshop."

At least 30 participants coming from different sectors like environment, tourism, and education, as well as barangay officials attended the workshop.

The one-day activity held at the New Sipalay Government Hall is vital in the drafting of a shark conservation city ordinance.

Sipalay is the second site of the Shark Conservation Legislation Workshop after that in Bohol held in March this year.

The House's version, House Bill 7912, was also filed by former Speaker Gloria Macapagal-Arroyo during the second regular session of the 17th Congress on July 9 last year.

House Bill 7912 has been approved at the third and final reading earlier this year. Both bills need to be refiled once the first regular session of the 18th Congress begins.

While the national shark conservation bill continues to stall in Congress, several local governments including Sipalay City have expressed their intent to develop local legislation to conserve sharks.

Anna Oposa, executive director of Save Philippine Seas and co-convener of SSNP, said conserving sharks in the Philippines is in the people's best interest as the presence of the animals is beneficial to the economy and the ecosystems.

"We are happy that local governments and communities have taken the initiative to protect sharks in their waters," she added.

For his part, City Tourism Officer Jerick Lacson said Sipalay is known to be a diving destination and is currently implementing a Sustainable Tourism Plan seeking to conserve local tourism attractions.

"We believe that Sipalay has great potential to be a shark tourism site," Lacson added.

The workshop was followed by information, education, and communication (IEC) activities on July 26.

They were joined by almost 300 students from Grades 7 to 10 from two schools in Barangays Cartagena and 4.

The students learned about the biology, life history, and importance of sharks in the ecosystem.

Yaptinchay stressed that increased awareness and appreciation of sharks and marine life is important among children and youth because they will be caretakers of Sipalay in the future.

Save Philippine Seas and Marine Wildlife Watch of the Philippines are co-convenors of the SSNP, a coalition of non-government organizations and individuals working to conserve sharks in the country. (PR)