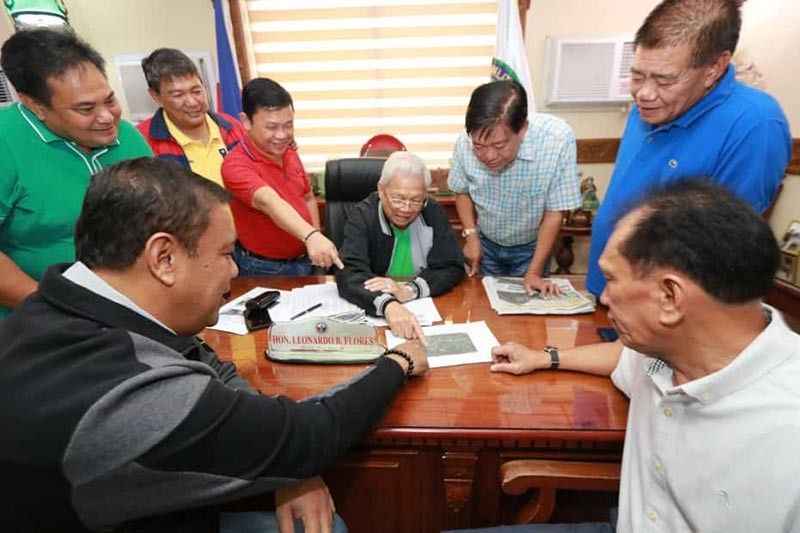 MACABEBE, Pampanga -- Three coastal towns in Pampanga have united to organize a civic movement that will help better implement the massive flood-control project undertaken by the Hanjin Heavy Industries Inc.

Officials of the local government and residents of Minalin, Macabebe, and Masantol convened Tuesday morning, July 30, at the municipal hall to formally launch the "Save 3M Movement." The 3M stands for the names of the three concerned municipalities.

Minalin Mayor Edgar Flores said the civic movement aims to involve residents in the efficient implementation of the project, and to raise awareness on the need for its immediate completion.

"The movement is composed of ordinary citizens who are willing to help the government in implementing the project that will save our towns from the perennial flooding problem. Through their civic consciousness, we are hopeful that they can influence their fellow residents, especially land owners, in cooperating for the project," Flores said.

He said the implementation of the vital project, launched in October 2018 and aimed at mitigating the effects of flooding in communities, has been hampered due to problems in acquiring right-of-way in some areas.

"Almost a year has passed, but there was only minimal activities conducted. It is very saddening and alarming that the equipment, funds, and even the workers for the project that we have long-dreamed for are finally here, but cannot act because of the non-cooperation of some residents," Flores lamented.

Based on initial study, about 1,100 residents in the three municipalities -- 200 in Minalin, 100 in Macabebe, and 800 in Masantol -- whose properties are on the riverside, will be affected by the project.

Flores, together with Macabebe Mayor Bobong Flores and Masantol Mayor Danilo Guintu, urged residents, as well as the Department of Public Works and Highways and project contractors to join hands in resolving the issue that will pave the way in properly implementing the project.

"We must be united for this project because we, more than anyone else, will benefit from this. Just like what we have said during the groundbreaking. This will literally save us from the disastrous effects of flooding, which victimizes us every year," Flores said.