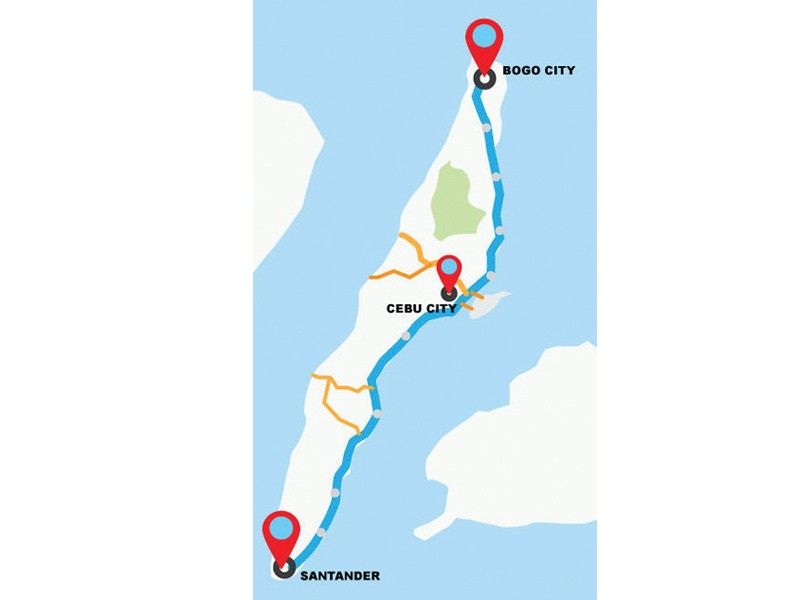 FROM Bogo City in the north to Santander town in the south.

Caindec wrote Secretary Michael Dino of the Office of the Presidential Assistant (Opav) on July 5, 2019, seeking authority to allow LTO personnel to tow vehicles parked on the national highway and to adopt an integrated law enforcement system (ILES).

The ILES would allow LTO 7 to have access to data on traffic ordinances from local government units (LGU).

Caindec said this will be the first time that LTO will assume an LGU function, which is to clear the highways of indiscriminately parked vehicles.

Caindec is co-chairman of the Inter-Agency Council for Traffic (I-Act) for Central Visayas.

To be able to do this, LTO needs to sign a memorandum of agreement (MOA) with a towing company that will be authorized to tow the marked vehicles.

Most of the LGUs in Cebu do not have towing equipment and impounding yards, Caindec said.

The priority towing zone is the 232-km. N. Bacalso National Highway, which stretches from Bogo City in the north to Santander in the south.

Other national roads that link the towns and cities will also be marked as towing zones.

Caindec said that under his plan, traffic violators settle their fines with the LGU in whose jurisdiction they had committed the violation.

If they fail to do this, LTO will not renew their driver’s license and vehicle registrations.

“More importantly, adoption of this system is mutually advantageous to the LTO and the LGU, and the LGU’s collection of revenues shall be ensured,” Caindec said in his letter to Dino.

Caindec said this is LTO’s way of helping LGUs and taking up the challenge of President Rodrigo Duterte for LTO’s services to be more responsive to the public’s needs.

On Aug. 1, 2019, Thursday, the Cebu Police Provincial Office (CPPO) will launch the “discipline zone” in Talisay City and Minglanilla town, which are adjacent.

Vehicles that are indiscriminately parked on the highways and other road obstructions will be removed, Mariano said.

He picked the adjacent areas of Talisay and Minglanilla to pilot the discipline zone because of the monstrous traffic in these areas and the many obstructions such as roadside stores and trisikads.

Mariano appealed to the constituents of Talisay and Minglanilla to cooperate with the police. (MPS from PAC & AYB of Superbalita Cebu)