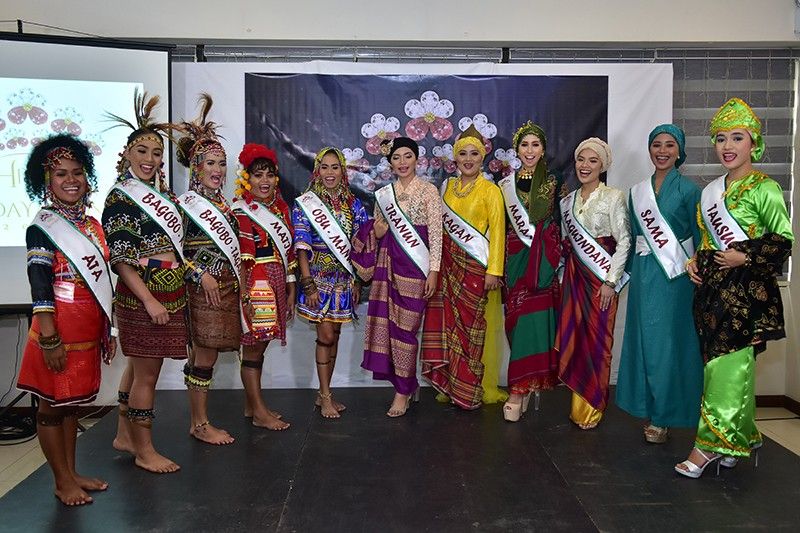 APART from culture preservation, the 11 candidates of the Hiyas Sa Kadayawan 2019 are pushing for women empowerment.

Ampatuan shared sentiments with her fellow candidates of how early marriage has been a stereotype in most of their cases, especially when relatives ask when they are getting married.

"We wanted to change that mindset. We have this potential than just marrying at an early age," she said during the media launching at the Panorama Summit Hotel.

Hadjisalim said although this has been a tradition, she said women should still be empowered after getting married.

"We should be considering the feelings and dreams of these girls. By empowering these women through workshop, seminar, they can be what they want to be even if they are married," she said.

Andian said she is thankful for the Kadayawan, for not only uniting different tribes into one festivity, but also for making them "less of a minority" throughout the years.

Since Kadayawan was launched 34 years ago (formerly called the Apo Duwaling festival), she said Dabawenyos have seen their worth in the society.

"Bullying, racial discrimination... these were the struggles we faced before. But with the help of Kadayawan, ginapaila nila nga unique ang matag-usa kanato (it showed that everyone of us is unique in our own ways)," Andian said.

Maray, meanwhile, said they have slowly attained socio-economic inclusion in the areas of Paquibato, wherein the Atas are the dominant tribe.

Maray also shared her stand on the recently suspended Salugpongan Ta'tanu Igkanugon Community (Salugpungan), which was suspended for alleged involvement of its students in rallies and teaching them ideologies against the government.

She, however, said she could not confirm if allegations were true but she said schools with hidden agenda must not be patronized especially in areas wherein access to education is scarce.

"Porket Lumad mi, hatagan ra mi maayo nga istorya tapos paasahon, tas naa sila ipabuhat na di maayo? Dako na nga insulto sa among tribo (Just because we are Lumad, they could just throw in promises like these and like and that, and sooner, they will teach these students to do bad things? That's a huge insult on our tribe)," Maray said.

City Tourism Operations Office (CTOO) head Generose Tecson said Dabawenyos should not miss this year's Hiyas "for they have worked hard to represent their tribe".

"I'm sure they would be worthy of their representation," Tecson told reporters right after the event.

Salvaña also said the contestants were also given the freedom from the costume to the language to be used during the pageant but eating or killing of live animals, and using of sharp objects and fire or flammable objects are not allowed.