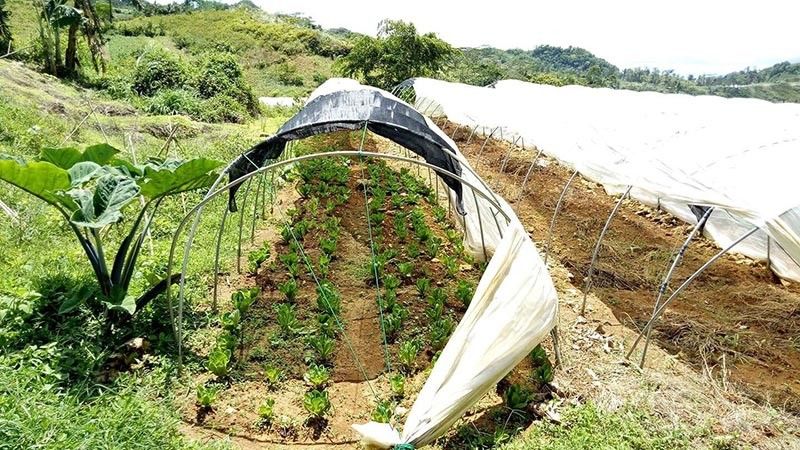 A NEW TOURISM SITE TO EXPLORE. The Department of Science and Technology and the local government of Dalaguete are working on the tourism accreditation of Dalaguete Vegetables techno-demo farm as a new attraction in the south. It will be packaged together with the Mt. Talongon Flower Garden. (Photo grabbed from DOST-Cebu Facebook page)

A VEGETABLE techno-demo farm will soon be one of the tourist attractions in the southern town of Dalaguete, as the Department of Science and Technology (DOST) Cebu and the University of the Philippines-Diliman assessed its facilities.

In its official Facebook page, DOST Cebu, together with the UP Institute for Small-Scale Industries announced that they have assessed the Dalaguete Vegetables techno-demo farm on Tuesday, July 30, 2019 for its inclusion to the DOST- Philippine Council for Agriculture, Aquatic and Natural Resources Research and Development (PCAARRD) supported program-Science for the Convergence of Agriculture and Tourism (SciCAT).

“The Dalaguete techno-demo farm is in the list of tourist attractions in Dalaguete and the local government unit (LGU) will package it as a tourism destination together with the Mt. Talongon Flower Garden. Both attractions aim for Department of Tourism (DOT) accreditation,” the DOST Cebu said.

The Dalaguete Vegetables techno-demo farm is LGU-owned but the enterprise is managed by Kapunungan sa Mag-uuma sa Sigpit, a Department of Labor and Employment-registered people’s organization of farm workers with 38 members who are beneficiaries of its farm operations.

DOST Cebu Provincial Director Tristan Abando said the Dalaguete farm is the agency’s pilot project that will soon showcase the latest farm technologies provided by the DOST to the farmers.

“We have an existing program on the development of farm tourism to promote agriculture and it’s also an alternative side of tourism. We want to incorporate or feature the DOST-supported technologies related to farming,” he said.

Abando said the agency’s PCAARRD supports the research and development programs for the improvement of productivity in farming and agriculture.

The techno-demo farm uses new farming technologies such as the use of greenhouse technology and organic farming.

Although the farm is still under the development stage, Abando said they are targeting to make it ready in the middle of 2020.

“The goal is to make it interactive. Meantime, we would just like to have a showcase like information about the farm,” said Abando. (JOB)