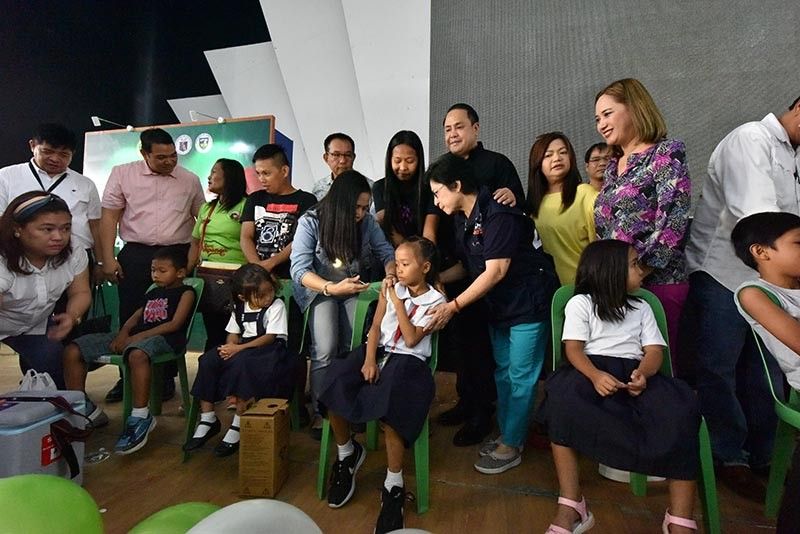 PAMPANGA. Governor Dennis “Delta” Pineda urges the public to unite in supporting the “Pampanga-Balik Tiwala sa Bakuna” campaign and other health programs of the Department of Health (DOH) and the Provincial Government. (Photo by Jun Jaso)

GOVERNOR Dennis Pineda urged the public to bring back their trust and confidence on vaccines to help the provincial government in instituting measures to protect their lives.

The governor led the ceremonial anti-measles vaccination administered to students, together with Second District Representative Mikey Arroyo, during the relaunching of the “Pampanga-Balik Tiwala sa Bakuna” Program held at the Bren Z. Guiao Convention Center in the City of San Fernando.

During the event, Pineda asked the public to support the preventive health care programs of the government.

(I need your help. The provincial government and DOH should be ‘full force’ in implementing these programs)

According to him, it is the primary advocacy of his administration to ensure Kapampangans’ health and welfare. Supporting these programs and services of the government can help the province achieve “community immunity”, he said.

(Because of our campaign last year, more parents regained their trust on vaccines. In fact, the immunization against measles in the province reached 98 percent from 68 percent [last year])

Assistant Secretary Maria Francia Laxamana of the Department of Health (DOH) agreed and said, “It’s really a good thing that the provincial government is working with DOH to extend programs that would benefit the wellbeing of the Kapampangans.”

For his part, Congressman Arroyo pledged his support to Pineda in addressing the health needs of their kabalen.

“Together with Governor Delta, we will focus on the needs of the Kapampangans,” Arroyo said.

The SBI Program targets to accommodate at least 125,000 children until the latter part of September.