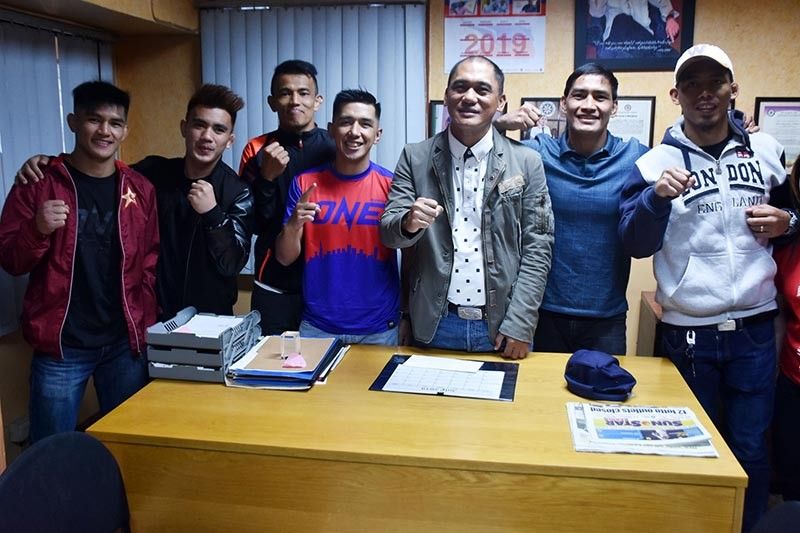 TEAM Lakay will put out another stellar performance as One Championship strawweight world champion Joshua Pacio believes his brothers will be at their best on August 2 at the Mall of Asia Arena.

Ahead of ONE: Dawn of Heroes, Pacio has watched his training partners in the gym, and he is confident they will do the business against some tough opponents.

The 23-year-old Pacio famously shares a close bond with Danny Kingad -- who he is sure will defeat Reece McLaren in the ONE Flyweight World Grand Prix -- but he seems particularly excited to see what the Team Lakay lightweights can do.

Banario will return against ONE Warrior Series contract winner Dae Sung Park, who is full of confidence after a stunning knockout win earlier this month.

Despite the South Korean’s momentum, Pacio believes an impending new arrival in Banario’s life means he will be more fired up than ever to win in front of his compatriots.

coming out -- 'The Little Rock' will be coming out soon,” Pacio said. “I think he’s more confident and more motivated just like my buddy Danny Kingad [when he was expecting a child].”

It is not just the former ONE Featherweight World Champion’s focus that makes Pacio believe he will get his hand raised next week.

Pacio has seen Banario’s work inside the gym in Baguio City, and he has seen big improvements to his skill set.

When he enters the ring, his compatriots in the Philippine capital can expect the best version of the 29-year-old since he held the gold.

“The skill that he has been improving right now is his ground game, and of course, his wrestling,” added Pacio. “I watched his sparring. He’s more focused. I can see it in his eyes. He is improving his submissions, and his grappling, and his chain wrestling. I’m 100-percent confident that he will become a World Champion again.”

On the main card, Folayang will face another legend of mixed martial arts when he meets Eddie Alvarez.

Since the bout’s announcement, the stakes have been raised as injuries to two ONE Lightweight World Grand Prix semifinalists opened the door for these icons from the East and West to enter the tournament.

The pressure will be on Folayang to deliver in front of his home crowd, but if anything, Pacio believes that will bring out the best in the former ONE Lightweight World Champion.

“He’s always ready. He’s like a machine, he doesn’t tire out. He’s not just ready physically, but also mentally,” said Pacio. “We see his determination. He wants to be at his best all the time, and his mind is untouchable. When he found out that it’s gonna be Alvarez, I immediately saw that fire in his eyes, especially since the match will happen in the Philippines. He’ll do whatever it takes to win in front of the Filipinos.”