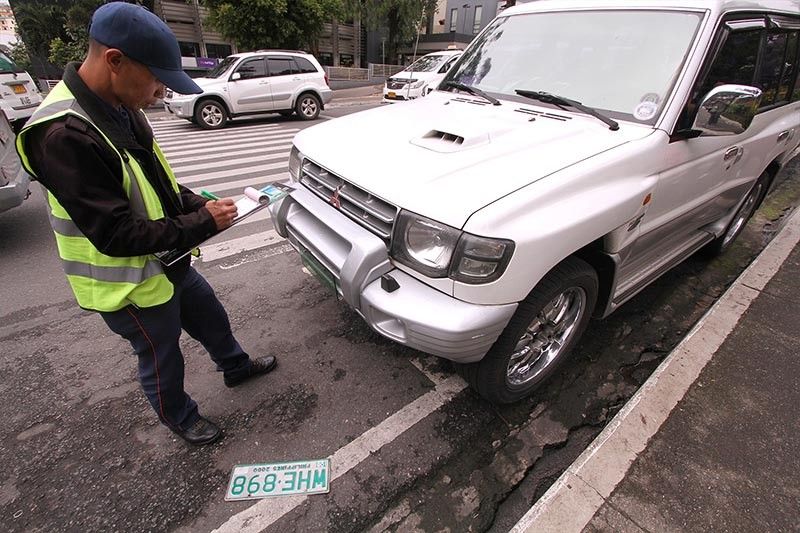 BAGUIO. A local traffic enforcer in Baguio carries out orders to clear a road of traffic obstruction as part of the city’s renewed effort to decongest major thoroughfares. (Jean Nicole Cortes)

LICENSE plates of more than 30 illegally parked vehicles in La Trinidad were confiscated following the intensified anti–obstruction operation that aims to lessen traffic problems in the valley.

Davis said when they conducted a clearing operation along Puguis Road, several violations were observed, such as double and illegal parking along the road.

"We will repeat our operations until the community learns," said Davis.

He added that almost 33 plates were removed and turned over to the traffic section of the Municipal Police Station.

"Anti-obstruction is also a national issue that is ordered by President Rodrigo Duterte. Down to the local, we will also implement," Davis said.

He attributed the traffic problem to a number of factors, including obstruction of the streets, alleys, sidewalks, and parks for commercial purposes, causing inconvenience to motorists.

La Trinidad recently approved a local anti-obstruction ordinance that prohibits a person and business establishments from installing permanent or temporary obstructions on highways, sidewalks and streets.