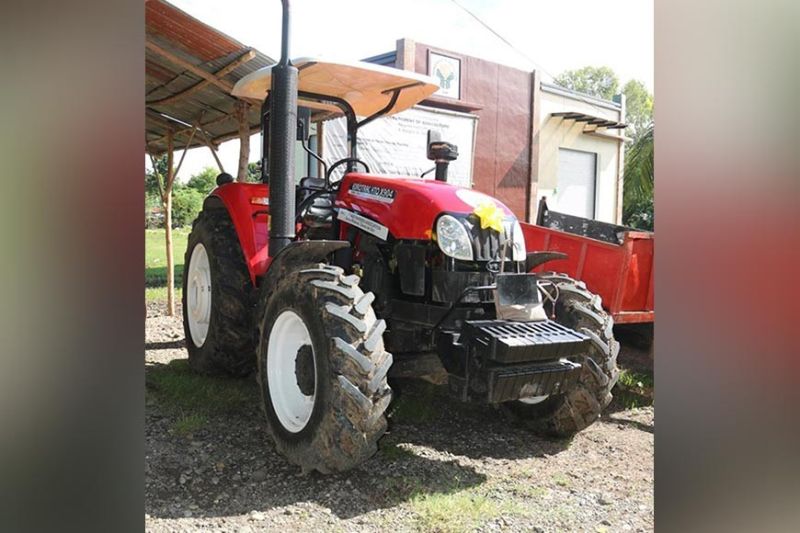 Four-wheel drive farm tractor worth P2.5 million was turned over by the Department of Agriculture (DA)-Davao, through its corn program last July 31, 2019. (Photo from Elizabeth C. Torio, DA 11 staff)

WITH the turnover of P6 million worth of new agricultural facilities to corn farmers in Matanao, Davao del Sur, corn yield is expected to increase by four tons per hectare.

He added that with the increase of production and facilities, corn farmers will eventually venture into developing their own corn feed grains and other products as well.

“‘Yan ang gusto naming i-model sa corn program na eventually we go into feeds production. So may corn, soya, and eventually formulate our own feeds for other sectors. With that, maraming maka-benefit na farmers,” he said.

He said farmers could even raise swine using their own formulated corn feed grains. The plan will be under the agency’s Corn Program Division.

Meanwhile, Oñate said there are still more turnover ceremonies that will be held within the year which will help farmers in Davao Region to become more productive and increase their income.