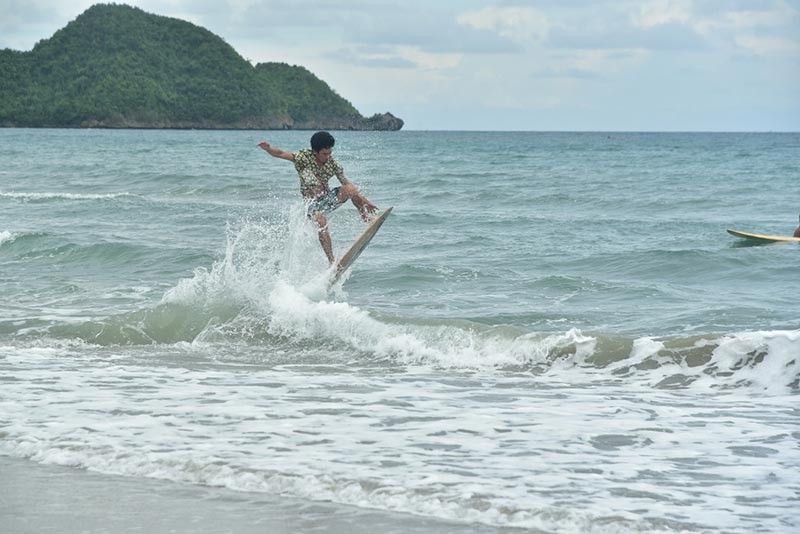 THE Sipalay City Government, through its Tourism Development and Promotions Office, is banking on skim boarding and surfing as new attractions to further boost the tourism industry of the southern Negros Occidental locality.

The three-day festival from July 25 to 27 was participated by skim boarding and surfing enthusiasts from Sipalay and other cities like Bacolod, Sagay and Escalante in Negros Occidental, and Bayawan and Dumaguete in Negros Oriental.

Jerick Lacson, city tourism officer, said the activity is aimed at promoting skim boarding and surfing as new sports tourism events in the city and providing venue for young people to showcase their talents.

Lacson said the festival hosting is part of the efforts to increase the number of tourist arrivals and tourism receipts. The city also wants to explore, develop and strengthen sports along with ecotourism and other tourism niches.

“It contributes to our bid to stimulate local economy through activities, events, trainings and livelihood programs,” he said, adding that “we want to strengthen sports tourism as one of the unique selling points of Sipalay as a tourist destination.”

Known for its beaches and underwater features, the city is a major tourist drawer of Negros Occidental.

Though, the local government has recognized the need for more offerings as tourists are starting to ask other “things” they can experience while they are in the city.

“Thus, we have created events to offer something new in order to attract tourists even though it’s already low season,” the tourism officer said.

The 1st Sipalay City Skim and Surf Fest was also positioned to develop the appreciation of the locals for waters ports activity.

Lacson said the activity is still anchored on the city’s bid to promote Sipalay as a major sustainable tourism destination in the province.

He said they have inculcated responsible and sustainable tourism principles during the festival, which is a plastic-free event.

Aside from skim boarding tournaments and paddle race competition, it included beach cleanup activities for three days. An orientation on safety rules and proper waste disposal was also conducted.

“This will not only help us reduce waste during the events but will also help participants to become responsible tourists,” Lacson added.

For the competition, meanwhile, the winners in the skim boarding beginner category are Cesar Magdadaro of Sagay City as first place, Shane Galan of Sipalay City and Johnne Bustillo of Dumaguete City as second and third places, respectively.

For the expert category, the winners are Jemuel Anticamara of Dumaguete City, Hanley Watimar of Escalante City and JP Rivera of Bayawan City.