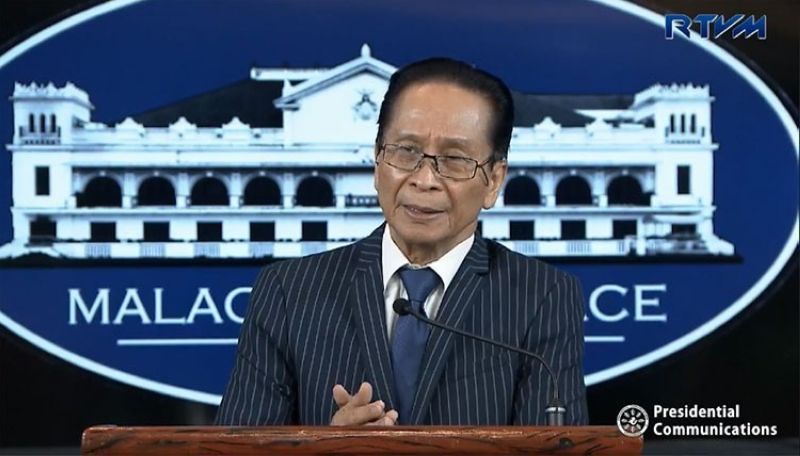 MALACAÑANG on Friday, August 2, 2019 said the recent killings in Negros Oriental are not state-sponsored and slammed former lawmaker Neri Colmenares for making allegations that are “baseless and laced with malice”.

Presidential Spokesperson Salvador Panelo reiterated that the government condemns all forms of arbitrary killings and believes that justice must be delivered to the victims.

He accused Colmenares of making remarks that are "part of the propaganda" of the communists.

He said Colmenares "obviously subscribes [to] and parrots" the communist movement to discredit the administration and the state forces, "while trying to give himself the appearance of relevance after being repeatedly repudiated by the electorate in the national elections."

"Apparently, he (Colmenares) has purposely turned deaf to the voice of the people," Panelo said.

"It is common knowledge that the armed component of the CPP, the NPA, has committed various crimes to the people and to the nation, including the murder of many innocent government agents and civilians in ambushes, skirmishes, extortion, and burning and destruction of properties," he added.

Panelo called on the communists to help stop the violence.

"It is time for the Left and its supporters and leaders to stop throwing everything to the government and admit that theirs is a failed rebellion," Panelo said.

"It is time for them to join the rest of their surrenderers who have been coming out in droves as they respond to the call of the President to return to the democratic society and embrace constitutional order," he added.

A total of 17 people were killed in a span of 10 days in July, including the four police officers who were allegedly executed by suspected members of the New People’s Army in front of villagers in Barangay Mabato, Ayungon town in Negros Oriental.

The killings that followed claimed the lives of some suspected supporters and members of the communist movement.

On Thursday, Duterte warned that he may do "something drastic" to maintain peace and order in the country, as he stressed that the Negros killings were unacceptable for him.

Panelo had hinted that the President may soon declare martial law over Negros Oriental.

Section 18, Article 7 of the 1987 Constitution states that a president can declare martial law and suspend writ of habeas corpus for a period not exceeding 60 days, in case of invasion or rebellion.

Both the Philippine National Police and the Armed Forces of the Philippines have said that they have not made any recommendation to declare martial law outside Mindanao.

Neither have they been asked by the President for any recommendation.

Negros Island, which is composed of Negros Oriental and Negros Occidental provinces, is already covered by Memorandum Order No. 32 which mandates the deployment of additional soldiers and policemen to suppress lawless violence.

Duterte, who placed Mindanao under martial law on May 23, 2017, has repeatedly said that he does not plan to declare martial law in other parts of the country.