701,000 students in Davao eyed for immunization 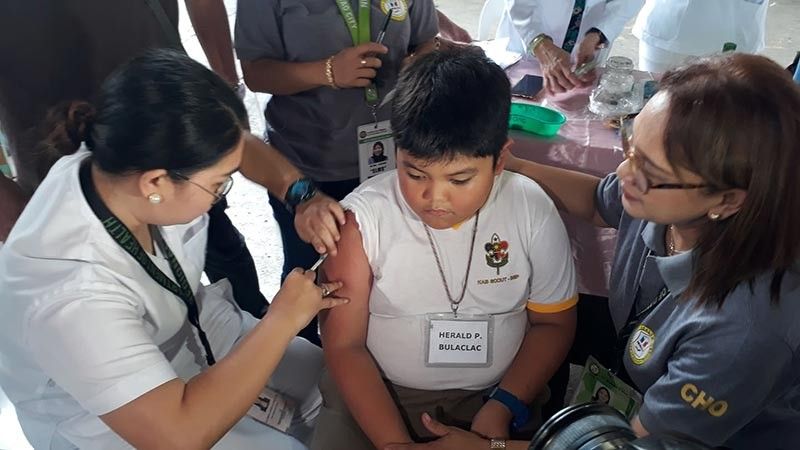 THE Department of Health (DOH)-Davao targets to immunize some 701,000 students in the region against common children’s diseases, as it kicked off its free school-based immunization program Friday, August 2, in Davao City.

In an interview with DOH-Davao Assistant Director Dr. Maria Coni Perez on Friday, she said this is part of their campaign to further educate the parents on the benefits of the program for their kids.

It is also their way to allay the fears of the parents, clarify the myths and misconception about vaccination and inform them about the safety of the school-based immunization program of the DOH.

She also assured the parents that with the immunization program, the school children will be free from life-threatening diseases especially vaccine-preventable diseases and also boost their immune system.

The campaign was launched Friday, August 2, at Sta. Ana Elementary School in Davao City and a similar activity will be held on Monday, August 5, in Carmen and Panabo City, Davao del Norte.

Some of the vaccines they have injected to some students are measles and rubella vaccine from Kinder up to Grade 6 and the vaccine against cervical cancer for Grade 4 female pupils.

Wilman Bulaclac, 42, a resident of Cabantian, Davao City, said he decided to take a leave of absence from his work Friday, August 2, to assist his child Herald Bulaclac, a Grade 3 student, during the immunization.

He said that before the scheduled immunization, they were informed and had an orientation on the event to better understand the purpose of the immunization. Upon learning the health benefits of the vaccination, he then gave his consent.

Bulaclac said there was no apprehension on his part when he allowed his child to be immunized because they were informed properly on its benefits.

“Wala man actually (fears) basta ang city government mupasalig, for me is a reason to feel safe para sa akong anak (The assurance of government makes me feel secure for my child),” he said.