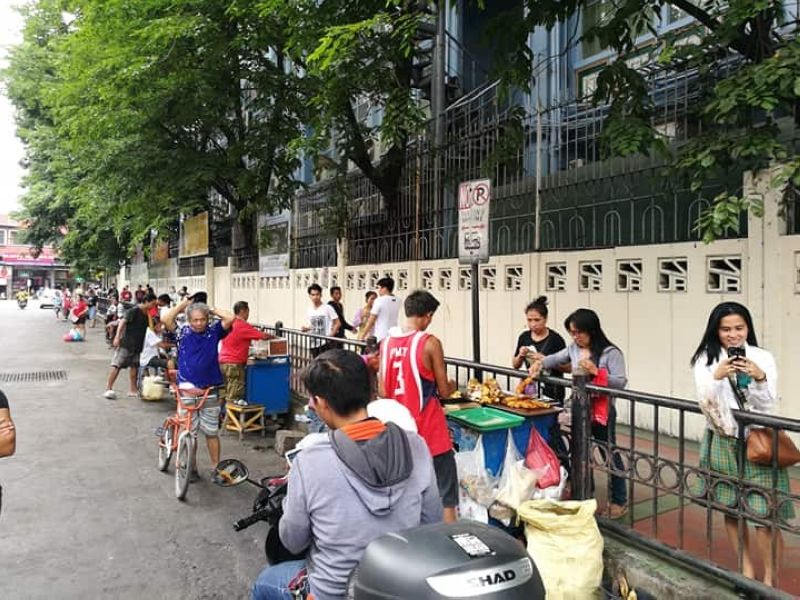 TO STOP the spread of sidewalk vendors who obstruct pedestrian and vehicular flow, the Cebu City Government will see to it that their number stops growing.

Raquel Arce, head of the Prevention, Restoration, Order, Beautification and Enhancement (Probe) team, takes the lead in carrying out the City Hall policy of “zero growth” in sidewalk vending.

The measure is an offshoot of the reemergence of ambulant vendors despite Probe’s earlier clearing operations.

“With our zero-growth policy, we will stop its growing population because our sidewalks are not getting wider,” Arce said in Cebuano.

On July 25, 2019, members of Probe, the Market Operation Division, the Department of Public Services and stall owners themselves began taking down stalls on M.L. Quezon Blvd.

Up next: B. Rodriguez

Next to be cleared, Arce said, is B. Rodriguez St.

She said she has received complaints about the many sidewalk stalls outside the hospital in this area spilling over the road and blocking pedestrians’ way.

Also on July 29, Interior Secretary Eduardo Año issued a memorandum circular directing all local chief executives to reclaim public roads used for private ends and to rid them of illegal structures and constructions.

Arce clarified that a clearing operation does not mean the area is freed of vendors for good.

City Hall will prioritize vendor-applicants who comply with the requirements and those who have been registered with the Gugmang Alyansa Sumbanan sa Asenso (Gasa) by 2016.

A program under the Office of the Mayor, Gasa was formed to carry out policies on sidewalk vending in Cebu City.

Vendors who started doing business from 2017 will not be accommodated.

Probe will recommend them to other vending associations or to Cebu City’s Division for the Welfare of the Urban Poor (Dwup), or both.

Vendors must secure a barangay clearance and a consent form from the establishments where they plan to set up their stalls.

They must also be registered voters of Cebu City.

Aside from this, sidewalk vendors must sign an agreement with Probe that says City Hall can remove their stalls anytime if they were found to have violated the policies.

This is to assure that vendors do not operate beyond the 12-hour vending period, fix or remove fixtures, exceed the approved table size (two feet by two feet) and use folding beds or mats to display items.

Other prohibitions include setting up large umbrellas or tents; the use of flammable objects such as liquefied petroleum gas and butane; the use of more than one cool box; bringing young children in stalls; and sharing of vending space with other vendors.

Vendors must clean their designated areas and segregate trash by bins. They must also promptly pay their daily dues of P10 to City Hall.

First-time offenders will be suspended for a week.

Any more violation after that will find the vendor losing his stall and no longer able to sell in Cebu City.

A sidewalk vendor, who asked not to be named, said he remains hopeful that the City will give him a chance to return to his vending area.

He has been a sidewalk vendor since 2015 but since he only became a registered voter of Cebu City in 2016, he does not qualify as a “priority vendor.” Arce said vendors with the same concerns will be referred to other vending associations. Gasa can no longer accommodate them.

An owner of a gadget shop on Osmeña Blvd. said she is willing to allow vendors to sell within her shop’s vicinity as deemed suitable.

She said the smoke from the grilled food sold outside her shop before had caused nuisance to her customers and staff.

He said the area, since it’s been cleared of vendors and obstructions, looks clean and orderly.

He suggested that City Hall designate a vending area to free the sidewalks of obstructions.

Since his shop is one of the biggest clothing stores in the area, sidewalk vendors flock to the shop’s main entryway to attract customers. (RTF)