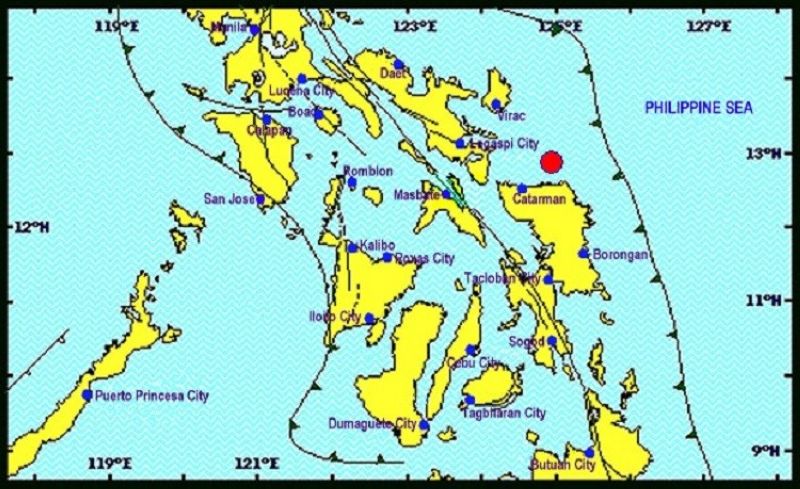 The Philippine Institute of Volcanology and Seismology (Phivolcs) reported that a 5.6 magnitude earthquake was detected at 12:10 a.m. northeast of Jose Abad Santos, Davao Occidental.

Instrumental Intensities, or measurements recorded by seismic insruments, were reported in the following areas: Intensity III in Alabel and Kiamba, Sarangani and General Santos City; and Intensity II in Tupi, South Cotabato.

Over an hour later, at 1:28 a.m., Phivolcs said a magnitude 5.0 tectonic earthquake struck about 29 kilometers northwest of Pambujan, Northern Samar.

The quake was felt at Intensity III in Virac, Catanduanes and Intensity II in Legazpi City and Sorsogon City.

Phivolcs also reported instrumental intensities in the following: Intensity I in Daet in Camarines Norte, Pili in Camarines Sur as well as Borongan City, Eastern Samar and Cebu City.

Phivolcs said no damage is expected, but aftershocks are likely to occur. (EZN/SunStar Philippines)