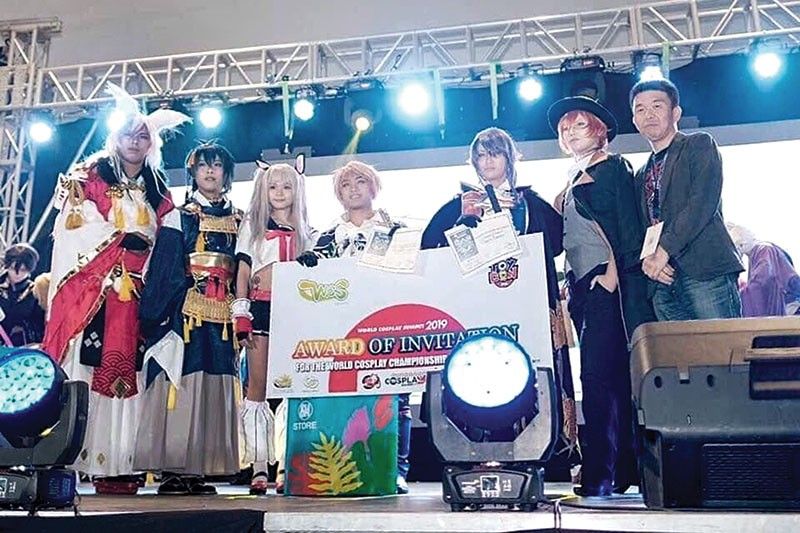 COSPLAY* is one of the most underrated performing art forms in pop culture, with cosplayers having to design their own costumes, props, and be fully in character—even possibly creating a skit.

Prepping a triple-threat extravaganza and having to put oneself out there is no easy feat, yet Sheena Butad, a 22-year-old full-time office worker, and Seigfred Enero, a 21-year-old props and costume artist, are two bright-eyed Cebuanos levelling that challenge up by representing the Philippines in this year’s World Cosplay Summit (WCS)—the biggest cosplay competition in the world.

“It’s considered the ‘Miss Universe’ of cosplay. Every year, the number of participating countries increases. This year there are about 44 countries joining in from all over the world,” said Sheena, also known as Shenz. The final competition will be held on July 26 to Aug. 4, 2019, in Tokyo and Nagoya, Japan, where the pair will have to fly in with their costumes, props and a spankin’ skit to boot.

The real-life couple has been a cosplay pair for three years running, with Seigfred having done it for the same amount of years while Sheena—dubbed his cosplay *senpai—started two years prior. They have been actively joining competitions for the past three years and have won many of them, including three major national cosplay competitions all over the country.

“We have been competing in various cosplay competitions around the country in the past years, after then we decided that it was time for us to step up and explore a bigger stage,” shared Seigfred.

This will be their second year participating in the WCS, since the pair also got into the qualifying competition back in the 2018 WCS-PH Cebu qualifiers.

“Sadly, we did not win the finals. We managed, however, to get the 3rd place. After that defeat, we then prepared for a whole year for the 2019 qualifying round,” he said. “After all the effort and dedication, we finally won and were given the chance to carry the Philippine Flag on our shoulders.”

Shenz added, “It’s a huge honor for us to represent the country in the world stage. This has been a long-awaited wish! We’ve worked hard on our costumes and skit to deliver the highest-grade performance we can, to show the world what Filipino cosplayers are capable of.”

Aside from looking forward to their *cosplan of dubbing a powerful mafia boss and a detective from the anime Bongu Stary Dog, the pair is excited to meet the other representatives of competing countries and exchange aspects of culture with them.