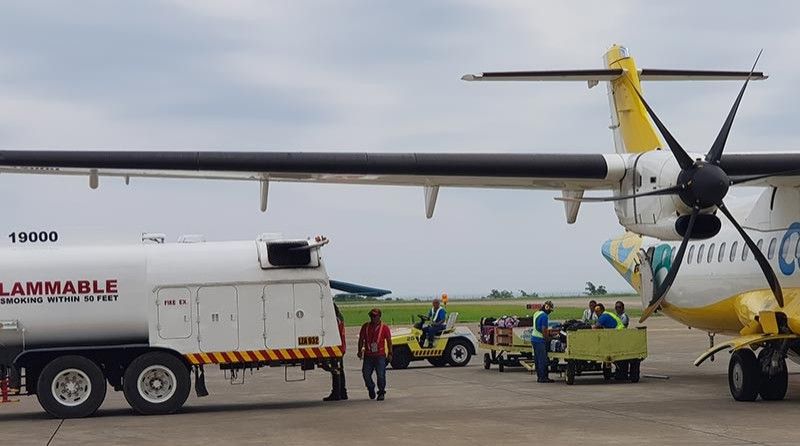 CAGAYAN DE ORO. Airport ground personnel, in Laguindingan Airport, unload the luggage of passengers from an aircraft that recently arrived from Cebu City. Tourism officials are optimistic that as the month of August is marked with the celebration of Higala-ay Festival in Cagayan de Oro, there will be an influx of tourist arrivals. (Nef Luczon)

Police Major Evan Vinas, spokesperson of the Cagayan de Oro City Police Office (Cocpo), said the police force augmented from the Regional Mobile Force Battalion (RMFB) will be deployed in the streets for police visibility and in every Higalaay Festival activity.

The city government already released the schedule of activities for the entire month of August in celebration of the Feast of St. Augustine, the city’s patron saint.

PRO-Northern Mindanao has approved the request of Cocpo for augmentation and additional 150 personnel every core activity.

Vinas also said Cocpo will no longer entertain application for leave of absence as the entire police force will be utilized for the Higalaay Festival.

Vinas said policemen were ordered to conduct strong checkpoints and security inspections to ensure lawless elements could not strike in the city.

He also said personnel from different police units and station will make the rounds through all areas of convergence such as malls, terminals, among others.

Authorities remind the public to follow the prohibitions every activity.