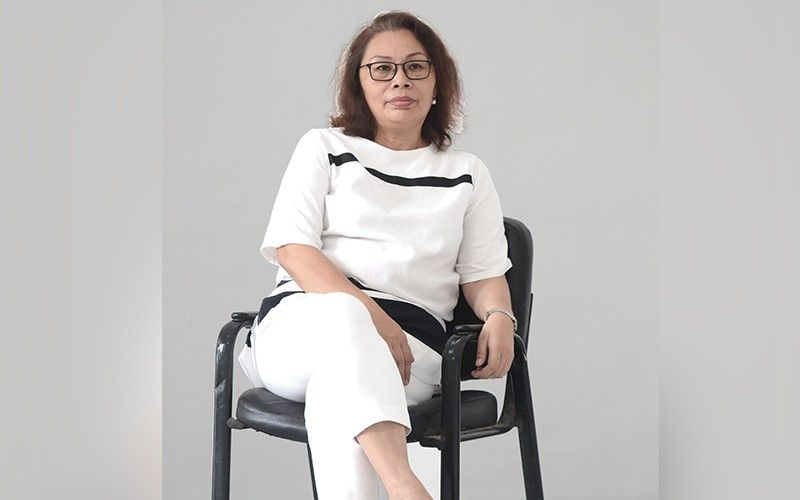 DR. Jocelyn Gerra has a fascination for things past—how it had shaped the present—which is why she is a doctor of anthropology. After high school at St. Joseph’s College in Mandaue, she pursued her dream by enrolling at the University of San Carlos (USC) for a degree in anthropology and sociology.

She experienced her first archeological dig in Bais, Negros Oriental with Dr. Karl Hutterer. They were, she explained, “looking at a study on the long distance trade as impetus for societal development.”

“We found the site in the interior of Bais. The study (perspective) was trying to understand the dynamics of how East Asian societies developed,” Gerra shared.

After graduation, she worked in the Center of Social Research in Small Farmer Development (CSRSFD) of the Visayas State College of Agriculture (now Visayas State University) in Baybay, Leyte. There, going on field exploration with Dr. Marcelino Maceda, the team found a lot of archeological sites. After three years, Gerra came back to Cebu to join the Cebu Archaeological Project of Masao Nishimura. He was a doctoral student of Dr. Hutterer and worked on the role of long distance trade in Cebu. After the field work was done, she worked as museum researcher in USC’s Anthropology Museum. She became a member of the faculty and then much later became chairperson of the Department of Sociology and Anthropology. At this stint in USC, she earned her master’s degree.

After obtaining her master’s degree, she decided to go to Germany for her doctorate in archaeology at the Institute of Prehistory and Early History of Mankind at the University of Hamburg. Back in Cebu after she finished her studies, she became the executive director of the Culture and Heritage Unit of the Ramon Aboitiz Foundation Inc. (Rafi), where Casa Gorordo is its centerpiece project.

After about a year in Casa Gorordo, she knew she had to do something about the low turnout of local museum goers. Among those she consulted was Mons. Carlito Pono, who was then chairman of the Archdiocesan Museum of Cebu and was at the time, the chairman of the Visayas Association of Museum Inc.

Over coffee with man-about-town Gavin Bagares, she recalled her stay in Germany and told him about the Lange Nacht der Museum (The Long Night of the Museum) which started in Berlin in 1997 to attract people to the museums of the city, which was later on adopted by Hamburg where she stayed. On the designated day of this event, the museums would be open till late at night and each museum would highlight its unique collection.

Could something like this be done in Cebu? The two agreed it would be worth a try. So 13 years ago, the first Gabii sa Kabilin was organized with just five museums participating: Casa Gorordo, Museo Basilica del Santo Nino, The Cathedral Museum, Museo de Parian, and Fort San Pedro—as “stand- in” or “standby” to accommodate the spill-over guests for it closes at 10 p.m.

The event has since been held every last Friday of May as declared by the 2012 Cebu City Council Ordinance No. 2327 to celebrate the country’s National Heritage Month and the International Museum Day, May 18. Awarded by SunStar Best of Cebu as “Best Heritage Event” in 2016, 2017 and 2018, it has grown through the years not only encouraging locals to visit museums but also encouraging other interested entities to build their own museums.

This year, 18 museums participated in Gabii sa Kabilin, including museums from Mandaue City, Lapu-Lapu City and Talisay City. Gerra refuses to get credit for the success of Gabii sa Kabilin, saying that other museums, local government units, national cultural agencies, organizations, cultural and educational institutions as well as individuals with a passion for heritage, history and culture are also part of the project. Without their signal and cooperation, Gabii sa Kabilin wouldn’t have been the successful project it has become.

After 10 years with Casa Gorordo, Gerra, in 2017, decided it was time to get back to her academic roots. She opted for early retirement from Rafi and went back to the USC “to expand her wings.” She still remains a consultant for the Don Ramon Aboitiz House and the Rizal Museum of the University of Southern Philippines Foundation. She is also curatorial consultant of the Sugbu Chinese Heritage Museum and is a member of the Cebu City Historical Commission.

For Dr. Jocelyn Gerra, the love for antiquity and the search for answers to how Cebu and Cebuanos have come to be who they are today is a fascination that will not go away—just as a Cebu museum goer’s fascination for Gabii sa Kabilin, which will always be linked to Dr. Gerra, will not go away.