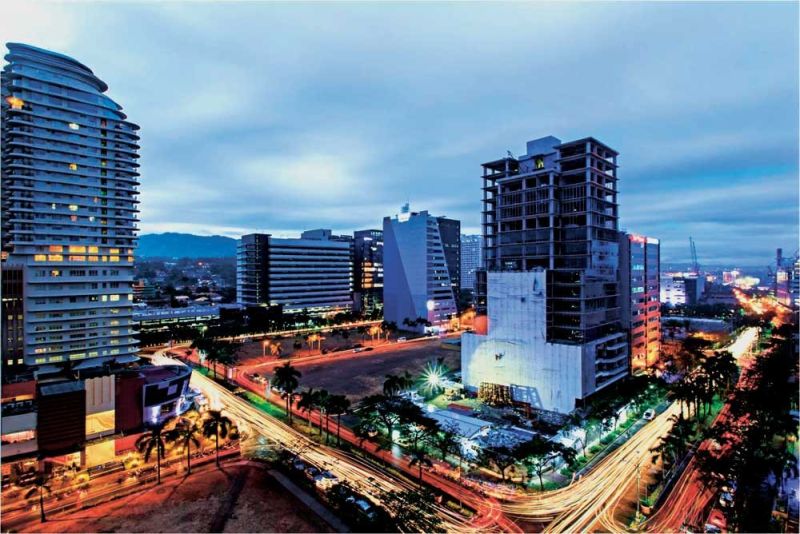 PRIME I.T. ADDRESS. Ecozones like Cebu IT Park have been an important contributor to Cebu’s economy, generating thousands of job opportunities for both outsourcing and non-outsourcing work. As of end 2018, the Cebu business process management sector posted an employment of around 160,000 workers, according to the Cebu IT-BPM Organization. (foto grabbed from Cebu IT Park Facebook page)

ALTHOUGH it has not factored in the impact of Philippine Economic Zone Authority’s (Peza) moratorium on its growth forecast this year, the Contact Center Association of the Philippines (CCAP) said the move may result in a negative impact to the industry that is employing over a million workers.

CCAP said the recent signing by President Rodrigo Duterte of an administrative order instructing the Peza to place a moratorium on the approval of applications for economic zones in the Metro Manila area in favor of provincial ecozones is causing some concerns within the industry.

CCAP chairman Benedict Hernandez said they would want a dialogue with the government to address the industry’s concerns.

He said while they understand the government’s motive to spread the economic opportunities in the countryside, the move may discourage investors to invest in the Philippines.

“CCAP sees that more dialogues between the industry and government is needed to alleviate these concerns. CCAP, likewise, continues to advocate that we support a ‘hub and spoke’ model for investors as locators need Metro Manila as their first landing destination in the country before they start expanding in the provinces,” the CCAP official said.

The group said while it promotes the expansion in the provinces, it also acknowledges that there are a number of challenges to overcome in expanding outside Metro Manila, including having the right infrastructure and the available talent pool.

Hernandez said companies, especially those that belong to the Fortune 500, would still prefer to set up offices in the country’s capital due to the accessibility and availability of resources before expanding their footprint to other areas in the country.

According to Wilfredo Sa-a, executive director of the Cebu IT-BPM Organization, Peza Director General Charito Plaza assured local stakeholders here that Cebu will not be affected by the moratorium and that it will continue to enjoy attracting outsourcing investments.

Plaza was recently in Cebu to meet with the business process management companies and office developers.

According to Colliers, few locations outside Metro Manila are equipped for the demands of the outsourcing industry for completed Peza-registered buildings and qualified labor pool.

“Colliers supports the thrust of the government in developing and expanding opportunities in other regions. However, the timeline of this endeavor can be further improved to address both the short- and long-term goals and challenges of involved parties,” the company said in a statement on Friday, Aug. 2, 2019.

Peza applications in Cebu have also slowed down amid the push to spread investments to under-developed areas in the country.

An alternative option for Peza-registered companies is to explore the benefits of registering with the Board of Investments (BOI), Colliers said.

While Peza limits companies to registered buildings and IT Parks, BOI grants tax incentives regardless of a firm’s location. “The benefits of this solution may be short-lived however, with the package two of the Trabaho Bill likely to be refiled this month when Congress resumes,” the consultancy firm warned.

The Trabaho Bill intends to rationalize the tax incentives given to both BOI- and Peza-registered enterprises and prescribe a single agency to grant tax incentives.

This has put pressure on the economy as companies are on a “wait-and-see” stance until the incentives under the bill are finalized.

“While the effectivity of the moratorium is immediate, it is critical for the government to extend time and consideration for Peza-registered companies to plan for this outlook,” said Alaine Yap, Collier’s associate director for office services.

Based on available data, the outsourcing industry contributes about US$24 billion annually to the Philippine economy, with over 1.3 million full-time employees, excluding the jobs generated by support segments such as retail.

The outsourcing industry has shown volatility in the recent years.

In 2017, geopolitical concerns in relation to US President Donald Trump espousing a protectionist policy resulted in postponement of expansion plans within the industry.

Despite the challenges encountered, the industry bounced back significantly in 2018.

This demand was accommodated with the boost in approvals of Peza applications in the fourth quarter 2017. (CSL with KOC)