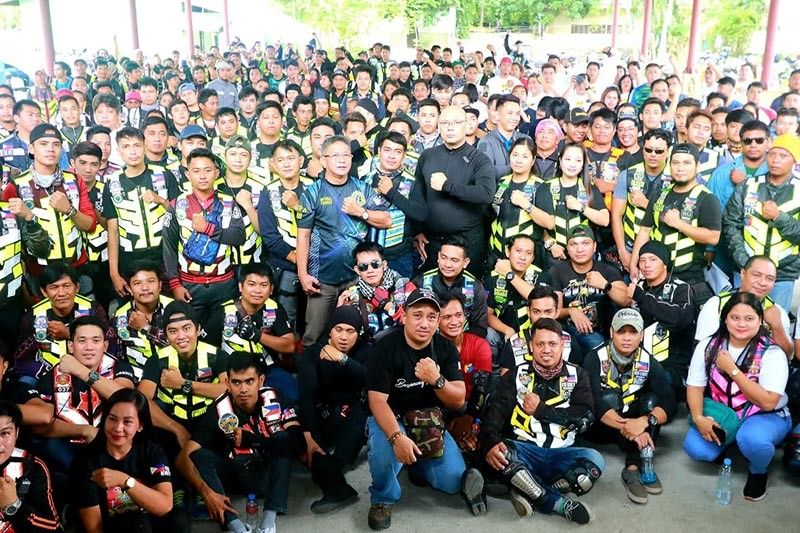 TARLAC CITY -- Party-list group PATROL (Public Safety Alliance for Transformation and Rule of Law) has vowed to be at the forefront of safety measures for motorcycle riders.

Patrol Representative Jorge Bustos, a retired police official and a motorcycle enthusiast, issued the statement after a visit yesterday to Mark Ramirez, one of the members of a rider club in San Sebastian, Tarlac City whose wife was afflicted with cancer and is in need of financial support.

For this activity, he said, they donated a wheelchair to cancer patient Daisy Ramirez.

Bustos said they will raise funds for the patient's chemotherapy and other medicines.

The partylist head said the event opened an opportunity for the participating rider clubs to embark on both charity and the riders' safety.

Bustos cited the need for the passage of Republic Act No.10054, or An Act Mandating All Motorcycle Riders to Wear Standard Protective Motorcycle Helmets.

PATROL was formed in May 2015 to promote the interests of Filipinos who envision secured and peaceful communities.

Aside from motorcycle clubs Patrol Partylist members also include volunteer groups and NGOs aligned towards public safety and disaster preparedness.

In a statement, PATROL said it will also be fine-tuning and retooling measures that will provide recognition and incentive to public safety frontliners who risk their lives in service of their fellow Filipinos. (Chris Navarro)