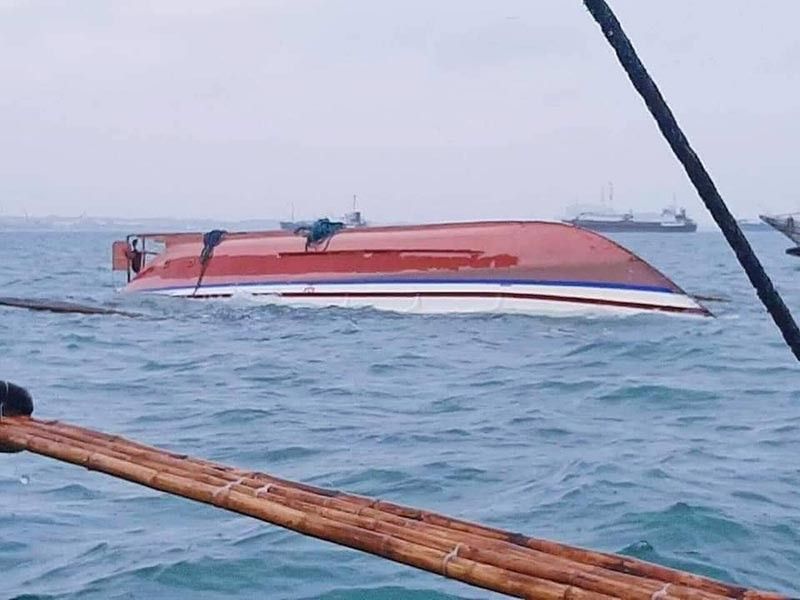 Based on information provided by the Iloilo City Disaster Risk Reduction Management Office (CDRRMO) and the Philippine Coast Guard (PCG), at around 12:00 p.m. M/B Chi-chi with 47 passengers and crew aboard and M/B Keziah, which was manned only by its four crews, left the Parola Wharf in Iloilo bound for Jordan town in Guimaras.

Around 10 minutes into their journey, the boats encountered a combination of heavy rain, strong winds, and waves which caused the boats to capsize.

Both the CDRRMO, the PCG, and other rescue groups from Guimaras immediately scrambled to rescue the passengers and crew.

As rescue operations were ongoing, another vessel the M/B Jenny Vince that also originated from Parola wharf, Iloilo City bound for Buenavista, Guimaras also capsized with 39 passengers and crew aboard.

Around 35 survivors were fished out by rescue boats from the M/B Chi-chi with one still missing as of press time, while 20 survivors were accounted for from the sunken M/B Jenny Vince. The three-man crew of the M/B Keziah, meanwhile, were also all accounted.

Rescue operations were conducted all night long for the other missing passengers, with 11 bodies recovered inside the capsized hull of the M/B Jenny Vince which drifted off the coast of Dumangas, yesterday morning, a body of a minor was also recovered at the town's local beach with his life jacket bearing the name M/B Jenny Vince, still attached.

The survivors were immediately housed in various locations such as the Jubilee Hall and the City Mall in Parola Wharf, Iloilo City. The injured and critical survivors, meanwhile, were rushed to various hospitals in Iloilo and Guimaras.

Hundreds of passengers were also stranded for the night in Iloilo, although the city government immediately provided food and shelter for the passengers.

A special trip provided by a Roll-on/Roll-off ferry was also made Sunday, August 4, to ferry the stranded passengers and cargo.

An investigation is now being carried out by authorities, while the PCG in Iloilo is now under fire for allowing the boats to operate in the Iloilo-Guimaras Strait despite the poor weather condition.

Per data from PCG, the three boats had a total of 87 passengers of which 75 passengers were listed on the manifesto while 12 were not listed. The total number of survivors were 53 while 25 deaths were recorded as of press time. Of the 25 casualties, 24 were already identified while one remain unidentified and 9 were still missing.

Lieutenant Rockcliff Buling of the Philippine Coast Guard in Bacolod said that they continue to monitor the search and rescue operations of their units in Panay Island.

He clarified that when the sea tragedy happened in the Guimaras-Iloilo strait, there were no storm signal nor Gale warning in Western Visayas. “What happened was when the said boats were sailing they have encountered squall that caused the boats to capsized.”

Buling said, since Saturday, he has already ordered for the suspension of sea trips from Pulupandan to Guimaras, and Valladolid to Guimaras, including some fastcrafts that are less than 250 gross tons. The suspension was issued 11:00 a.m., Saturday. "We do not want a repeat sea tragedy to happen and we want to make sure of the safety of the passengers," Buling said.

The suspension of trips he said will depend on the next weather update of Pagasa.