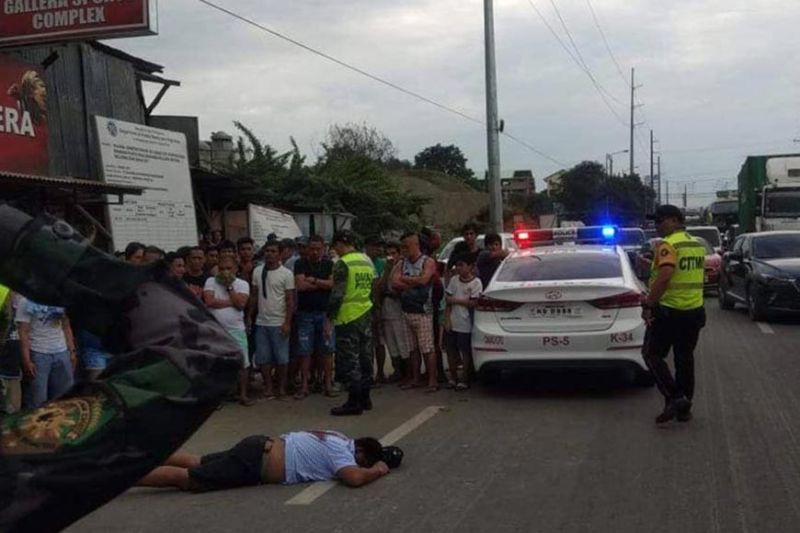 A FORMER barangay captain (village chief), who was just recently released from jail after availing of a plea bargaining for involvement in illegal drugs, was shot dead by unidentified gunmen on Saturday in front of Buhangin Gallery, Davao City.

The report added that Maalat was formerly detained at Davao City Jail for violation of Republic Act (RA) 9165 or Comprehensive Dangerous Drugs Act in September 2017 and released from detention this year when he was granted his plea bargaining agreement.

The plea bargaining is offered to persons deprived of liberty (PDLs) who were caught with possession of very small quantities of shabu, marijuana, or other illegal drugs. They can avail of this under the new Supreme Court ruling to plead guilty to reduce jail sentences and lower fines.

Based on the initial investigation, the victim was with his companion named Juleto Cayonda when the shooting incident happened. While they were walking towards the highway coming from the Buhangin Gallery, two unidentified male persons trailed them and jointly shoot the victim several times.

Afterward, the suspects immediately fled onboard a combination color of black and white Honda XRM 125 then sped off to southbound of Diversion Road this city.

The victim sustained three gunshot wounds on his back and another one on the back of his head causing his instantaneous death as declared by Med 33 of Central 911 who responded at the crime scene. Recovered at the crime scene were deformed slug of caliber 45 and three empty shells of the same caliber subject for ballistic examination.

Police authorities are now investigating the incident to identify the suspects and the possible motive on the killing.