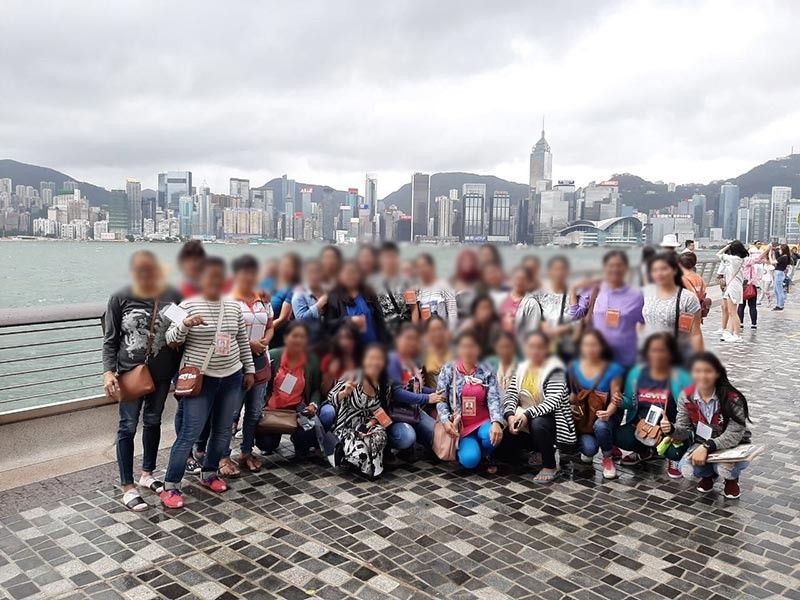 The 89 former rebels were composed of four males and 84 females.

It can be recalled that President Rodrigo Duterte promised twice the former rebels for a foreign trip; first during the Former Rebels Assembly on December 21, 2017 at Naval Station Felix Apolinario in Panacan, Davao City and during the former rebels’ visit in Malacañang in February 2018.

“The purpose of the tour, which includes a visit to some historical places in Hong Kong and its market place, is to allow the former rebels to experience the life in a modern urban setting and provide them a better and another perspective in life,” Balagtey said.

The National Government is seeking to address the insurgency problem in the country with the implementation of Executive Order (EO) 70 or the "National Task Force to End Local Communist Armed Conflict" issued by President Duterte that aims to institutionalize a "Whole Nation Approach Policy" in attaining peace and end longtime conflict between the government and the communist group.

Balagtey added that the former rebels, who are now undergoing an integration process, are from different areas of Eastern Mindanao who surrendered to EMC's units.

Before the scheduled trip, they underwent an orientation on July 29, at the Philippine Army Grandstand, Fort Bonifacio in Taguig City.

"The tour contributes in the continuing therapy and integration process for these beneficiaries as they slowly adapt to the normal life," Santos said.