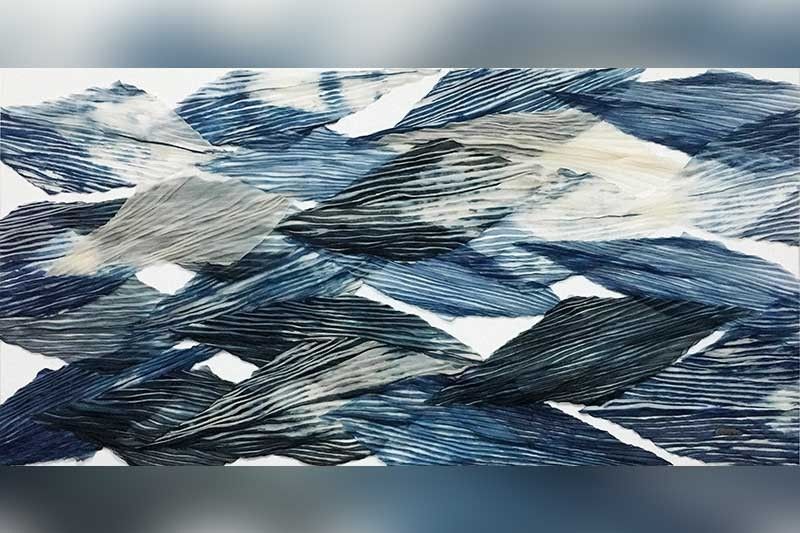 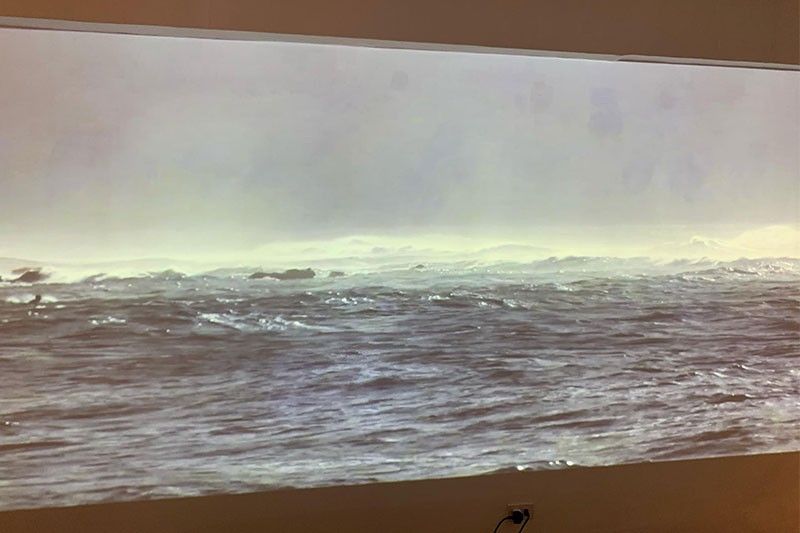 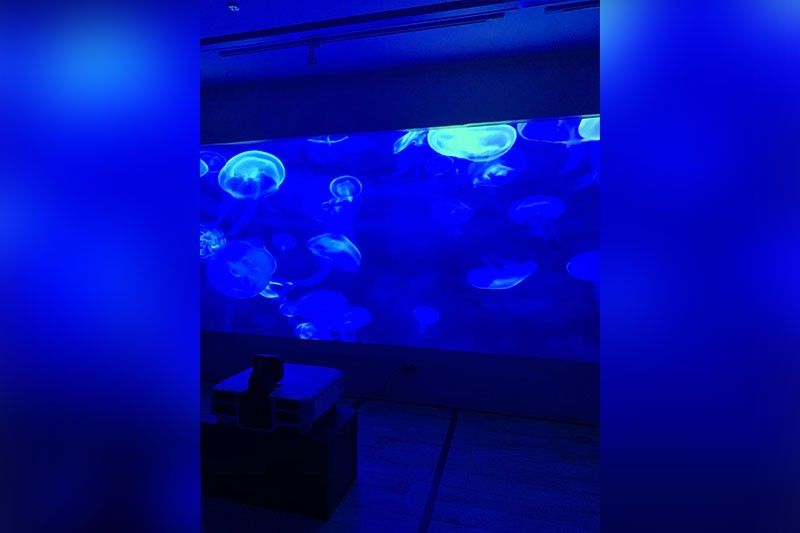 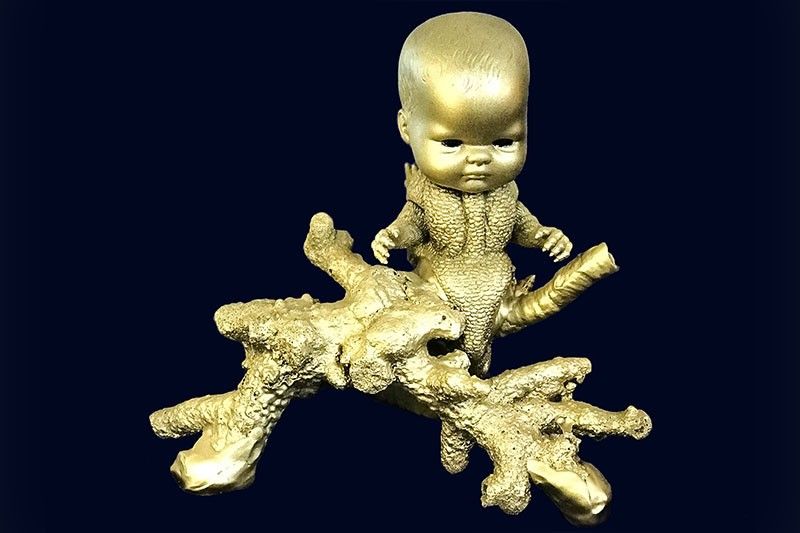 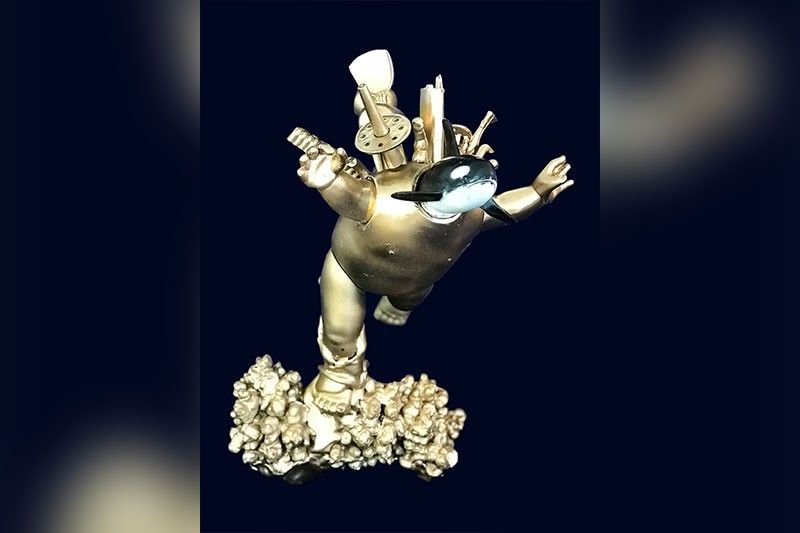 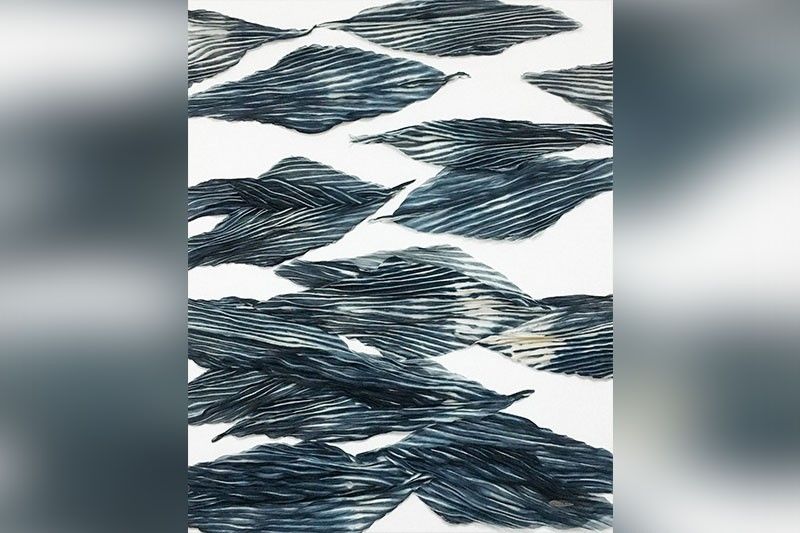 BOTH wild and beautiful, the ocean never ceases to capture the hearts of many with its mysticism; some deep, dark parts that have yet to be discovered. Qube Gallery was host to an exhibit that showed art forms deeply connected to the ocean called “Ocean Sea” by three artists: Olivia d’Aboville, Russ Ligtas and Joanna Vasquez Arong. The exhibit ran from June 20 to July 31.

French-Filipino artist d’Aboville, whose vision stems from her unique manipulation of textile, and commitment to using natural fibers from the Philippines as well as recycled or up-cycled materials, presented “My Womb Is Your Ocean.” Using handwoven, deep blue Shibori silk, this was her way of paying tribute to Mother Nature, the importance of protecting the environment and her love for the ocean; a love affair that began when she was a child snorkeling in the waters of Puerto Galera.

Poly-disciplinary visual and performing artist Ligtas’ new collection “Sirens, Songs” uses recycled materials found in Manila Bay, turning them into creatures stemming from imagination. Plastic ravages the seas affecting animals who mistake it for food, and slowly, us. This was his reaction to the plethora of plastic that lurk by the seas, found near where he lives and the impending effects.

Arong shows the wonders of the seas with a 10-minute film called “Sampit sa Dagat” (Call of the Sea). The short film presented clips of how the ocean changes from calm to tumultuous as well as other clips showing people enjoying the ocean, to name a few. This was her way of showing her love for the ocean, a place she goes to when she’s going through a major transition in her life be it underwater or learning a new sport.

The show was named after the novel of the same name by Alessandro Barrico. It shows the relationship between man and the seas depicted in playful and soulful ways, each artist showing their personal translation of their affection of the ocean, its incomparable beauty and fragility.