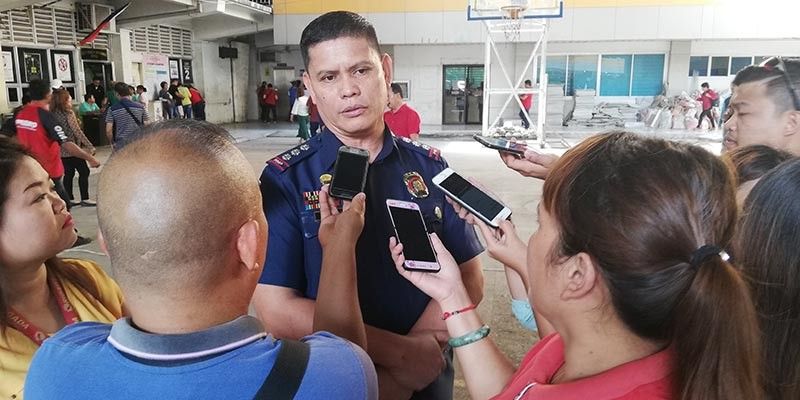 CAGAYAN DE ORO. Cagayan de Oro Police Chief Henry Dampal said the situation in BBarangay Pigsag-an is now back to normal after an encounter last week in a forested area in the village. (PJ Orias)

Cocpo Chief Henry Dampal said they had sent an augmentation force to assist the Army in maintaining peace and order in the area.

Mayor Oscar Moreno assured Pigsag-an residents that the village was safe, pointing out that the encounter site was far from the village proper.

Moreno said he is convinced there was no longer a problem in the barangay.

"As the Regional Peace and Order Council, I have always been advocating kanang approach ang root causes of insurgency. I have never considered NPA as a threat. I have looked at insurgency as a problem that required our attention as government to address the root causes of that problem," he added.

On Tuesday, July 30, troops from the 65th Infantry Battalion of the 9th Infantry Division responded to reports from Pigsag-an residents that armed men were extorting money and other illegal activities.

During a focused military operation at 2 p.m., the soldiers confronted 20 NPA rebels and this led to the discovery of an NPA hideout in an uninhabited area.

A soldier was wounded in the encounter and was brought to Camp Evangelista Station Hospital. He is now in stable condition.

Recovered from the site after the firefight were personal belongings and an unexploded anti-personnel mine.

Lieutenant Colonel Benjamin B Pajarito Jr., commanding officer of the 65th Infantry Battalion, said the unit would "intensify its campaign against the CNTs (CPP-NPA terrorists) to insulate the populace from the influence of the terrorists."

"The people have spoken and they want to live freely under the democratic way of life, free from the influence of CPP-NPA (Communist Party of the Philippines-NPA) terrorists," Pajarito said.

Pajarito urged NPA members to lay down their arms and leave the armed struggle "to enjoy the government’s Enhance Comprehensive Local Integration Program."

"They are all welcome, as long as they express their desire to surrender and avail the benefits and be productive members of society," he said.