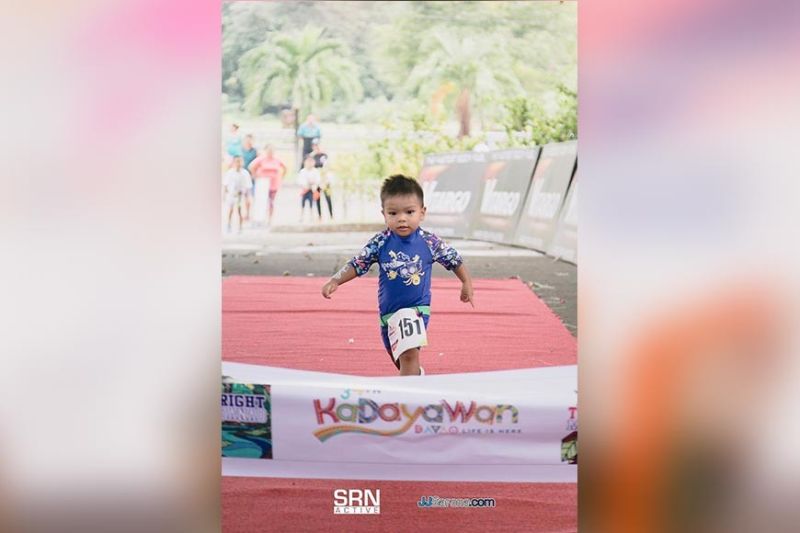 DAVAO. Two-year-old Petros Arenas reaches the finish line to place third in male six years old and below division and clinch the youngest participant honors of the just-concluded 34th Kadayawan Sports Festival Triathlon 2019, which was relegated to a duathlon as swimming stage was cancelled due to strong waves, at the Villa Josefina Resort Village in Toril, Davao City. (Photo from SRN active Facebook) 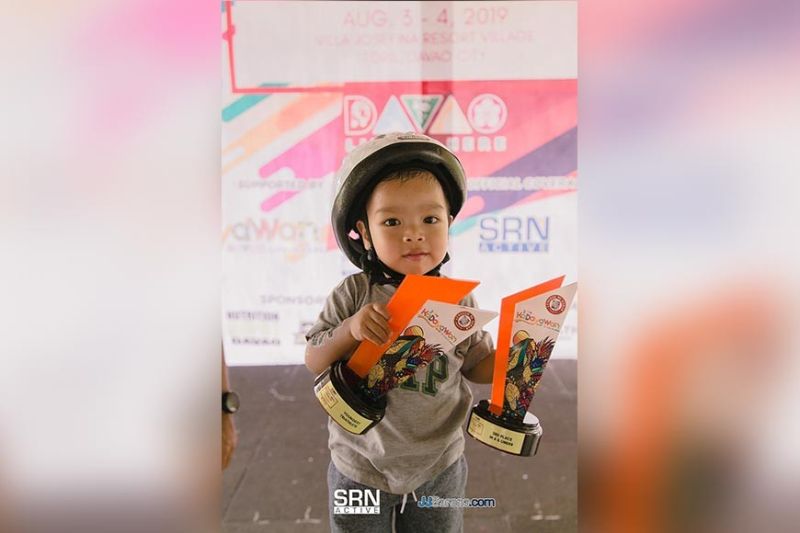 DAVAO. Youngest awardee. Two-year-old Petros Arenas holds his two trophies, one for third place in male six years old and below and the other for youngest participant, in the 34th Kadayawan Sports Festival Triathlon 2019 that was relegated to a duathlon as swimming stage was cancelled due to strong waves, at the Villa Josefina Resort Village in Toril, Davao City over the weekend. (Photo from SRN active Facebook)

STRONG waves led organizers to cancel the swimming stage of the 34th Kadayawan Sports Festival Triathlon 2019 but newbie two-year-old Petros "Spiky" Arenas did not mind at all as he reached the finish line smiling, amid cheers from the crowd.

Spiky, who raced the 150-meter run, 1.5-kilometer bike and 300m run event at the Villa Josefina Resort Village in Toril over the weekend, checked in at 28 minutes and 53 seconds to place third in the male six years old and below division.

He also received the youngest participant award in the event that was relegated to a duathlon. With consultations from the Philipine Coast Guard, organizers deemed it necessary to scrap the swimming leg.

His father Peter, in a text interview with SunStar Davao Monday, August 05, 2019, said Spiky only trained in biking and running for one month.

He, however, added that he would have his toddler continue biking as it is what he loves doing.

He said, "Most races were from six up like the Ironkids. I will not let him race I had not seen him do the bike, run and swim in practice. It's originally a 4-6 age group."

Winners received prizes from the city government of Davao through the Sports Development Division of the City Mayor's Office.