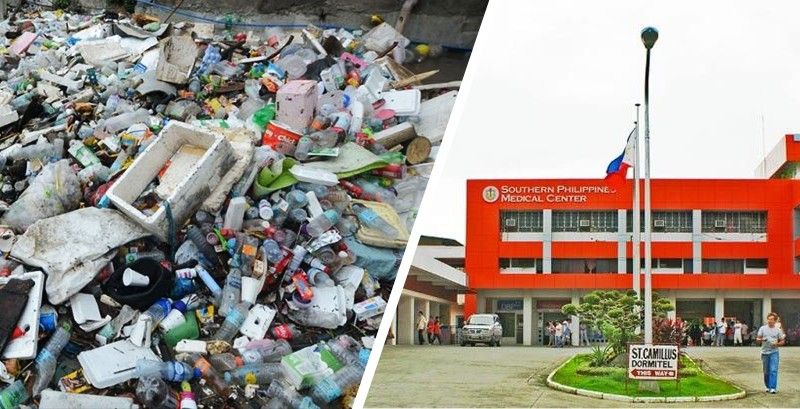 THE Southern Philippines Medical Center (SPMC), the largest government hospital in Mindanao, will soon be banning the usage of single-use plastics inside the hospital premises.

But SPMC-Public Health Unit adviser Dr. Marocel Celeste-Montillano clarified the policy has yet to be signed for formal dissemination.

She said the hospital initially conducted meetings with different establishments with the hospital premises for them to be aware of the proposed policy.

"Initially, medyo namroblema sila (they were hesitant of the plan)," she told SunStar Davao when asked about the reason on the proposed plastic ban within the SPMC premises.

She said the hospital needs to implement it due to the growing waste generated by the hospital.

She said SPMC generates an average of 1,300 kilograms of non-biodegradable wastes per day, contributed by the hospital's more than 5,000 employees and almost 2,000 bed patients.

Under the proposed policy, all employees, patients, watchers, and visitors will undergo thorough inspection before entering the hospital premises.

Celeste-Montillano said there will be designated garbage bins within the inspection site. Meanwhile, a special box will also be placed for plastics that the visitors wish to reuse. Unclaimed plastics will be disposed after visiting hours.

Among the plastics that are not allowed are two liter or less plastic bottles, supots or sando bags, cups, straws, utensils, plates, and other "one-time usage" items.

However, she said patients and visitors can secure an exemption note from the Medical Center Chief and from the Chief Administrative Office for items with no alternatives, especially for the purpose of infection control.

She also urged the public and establishments to do their share in waste control.

Other establishments also promoted the ban of single-use plastics.

The City Government of Davao ordered its usage within local government premises, especially during meetings.

Other colleges and university in the city also initiated plans on its banning.

Environmental groups and advocates had also pushed for its total banning in the city, which is still pending in the City Council.