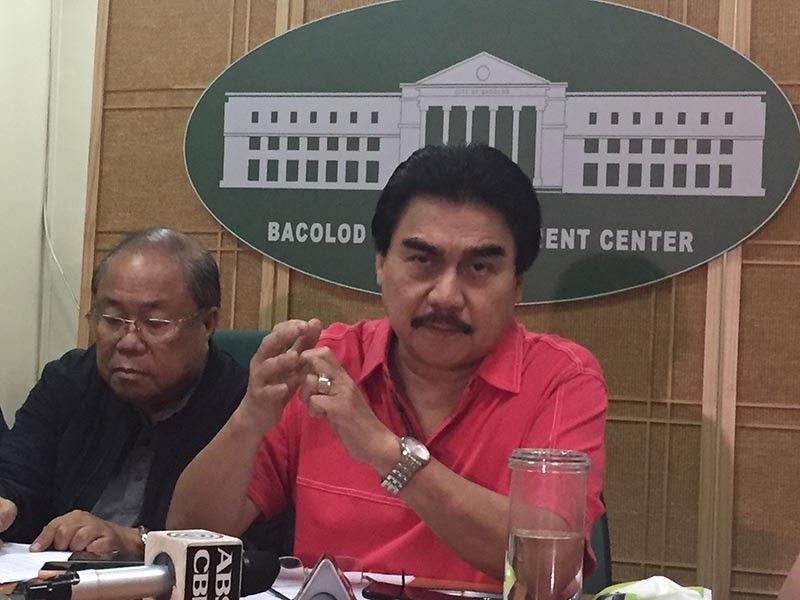 ABOUT 905 sidewalk stalls from illegal vendors in Bacolod City who are occupying the public roads are scheduled to be removed in compliance with the directive of President Rodrigo Duterte to rid public streets of obstructions to facilitate the orderly use of thoroughfares.

Mayor Evelio Leonardia said Monday, August 05, this is in pursuant to Memorandum Circular No. 2019-121 dated July 29, 2019 of the Department of the Interior and Local Government (DILG) directing the local government officials, from the mayors down to barangay captains, to implement the clearing of roads.

Leonardia said that in the areas of the three big public markets, those who displayed products outside the markets will be transferred inside the markets including those who are in Daniel Ramos and Burgos Streets, Ballesteros Street and Amelia-Mercedes Streets.

He said before the demolition, a meeting will be held to all the affected vendors.

On August 6, the City will hold a meeting with the vendors at Burgos Public Market and the clearing operation will start on August 7 and 8 including in the areas of Daniel Ramos and Burgos Street.

On August 8, there will be a meeting with vendors at Central Public Market and the clearing operation will start on August 9 and 10 from the areas of Ballesteros Street. The vendors will be transferred inside the Central Market.

On August 11, a meeting is set with the vendors at Libertad Public Market and the demolition will start on August 12 to 14 from the areas of Amelia-Mercedes Streets. The vendors will be transferred inside the Annex Building.

On August 14, a meeting is set with the sidewalk vendors, but there’s no final schedule yet for the demolition.

The demolition will be led by the City Legal Enforcement-Unit, City Engineer’s Office, Bacolod Traffic Authority Office (BTAO), and the Department of Public Works and Highways (DPWH).

“We will see to it that the surroundings of markets will be cleared,” Leonardia said.

Leonardia recalled that he already held a meeting with the barangay captains at the Bacolod Government Center and discussed the procedures of the demolition.

Leonardia said the barangay captains were tasked to issue notices to the owners of the illegal structures and to document the demolition.

“This is a national mandate of our President and we are doing our best that Bacolod will be participative here. There’s that sanction which were emphasized by the DILG secretary that those who will not follow the order will face suspension,” he said.

The mayor noted that some of the barangays already demolished the illegal structures within their areas of jurisdiction such as Barangays 16, Singcang-Airport, Banago and Villamonte.

Leonardia said the removal of illegal structures will improve the traffic situation and make the city orderly.

In DILG Memorandum Circular No. 2019-121 it stated that within 60 calendar days, significant results must be achieved, documented, and reported together with the efforts of the local government units to sustain the same.

For her part, Allyn Luv Zamora-Dignadice, Market Supervisor IV, said they held an actual survey to determine the total number of affected market vendors in the three big public markets.

She said the affected vendors will be transferred inside the markets and will occupy the fish and vegetable sections.

“Because of the directive of President Duterte, those who are selling outside the markets will be transferred inside the markets because they were occupying the roads,” she added.

On August 3, the City already demolished the partition and electrical connections in the area of Libertad Public Market.

The City Government also assured that there’s an enough space inside the three public markets.

Leonardia also asked the cooperation and understanding of the public for the development of the city.