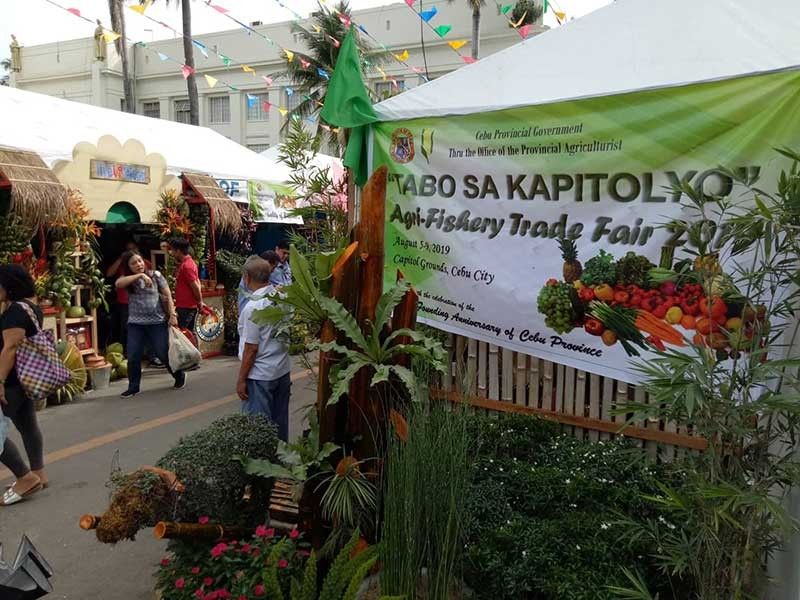 GOING GREEN. The Agri-Fair on Capitol grounds will open on Tuesday, Aug. 6, 2019 in line with the celebration of the 450th Founding Anniversary of Cebu Province. It will showcase delicacies and products from Cebu’s component cities and towns. (SunStar Photo/Arni Aclao)

PLANNING to hit the beach, go on a road trip or spend a “staycation” at home?

Start plotting your schedules as there are three non-working holidays in August, including one that will cover only Cebu Province.

The number will increase to five once President Rodrigo Duterte approves the request of the Mandaue City Council to declare Aug. 30, 2019 a special non-working day in the city and once a date for the observance of the Eid al-Adha is issued in accordance with the Islamic calendar.

Aug. 6, Tuesday, is a special non-working day in Cebu Province, as it celebrates its 450th founding anniversary.

Signed into law in 2000, Republic Act 8952 provides for the declaration of Aug. 6 as a special non-working public holiday for the entire Province of Cebu “including its highly urbanized cities Cebu and Mandaue and component cities Lapu-Lapu, Danao and Toledo....”

Aug. 21, which falls on a Wednesday, was also declared a special non-working day in observance of Ninoy Aquino Day.

There will also be no work and classes on Aug. 26, the last Monday of the month, as it is a regular holiday in observance of National Heroes Day.

As for the Province’s founding anniversary, a ceremonial tree-planting activity will kick off the opening of the Agri-Fair on Tuesday. The fair will showcase delicacies and products from Cebu’s component cities and towns.

Aside from this, the Province will also host a week-long activity for the relaunching of the 1Cebu Expo on Aug. 14.

A Capitol program in partnership with SM Seaside, 1Cebu Expo features booths that showcase tourist destinations and products from all over the province.

The Province will also crown its festival queen on Friday, Aug. 23.

Some 44 towns and component cities will vie for the top prize on Sunday, Aug. 25 as Pasigarbo sa Sugbo makes its comeback on stage at the Cebu City Sports Center. (RTF)