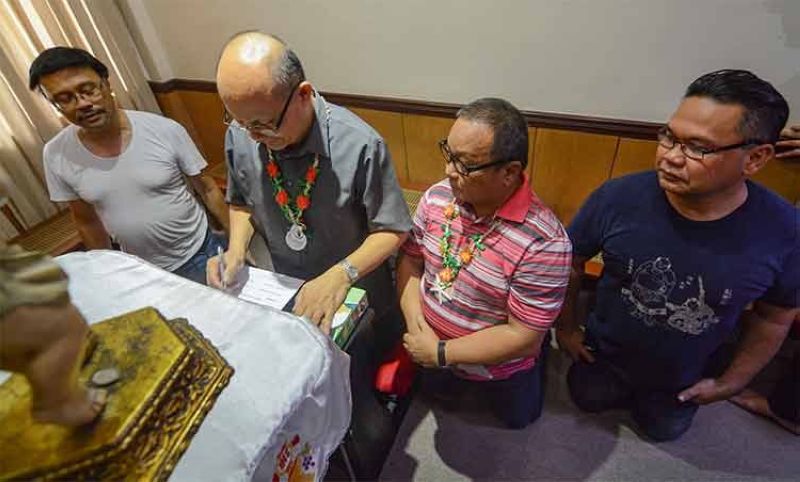 FIT to lead the flock.

This was the assurance of Msgr. Joseph Tan, Cebu Archdiocese spokesperson, to the faithful as more than 320 priests are set to begin their duties in their new parishes on Tuesday, Aug. 6, 2019.

Cebu is home to 3.9 million Roman Catholics, according to the 2010 census.

Also given new assignments are the priests who figured in controversies in the past months—the priest who hurt a girl in Mandaue City for her failure to feed his pet dog and the priest who was accused of molesting a girl in Dumanjug town.

The priests were reshuffled in 150 parishes in the Archdiocese’s seven districts. Their reassignments were announced last June 14.

The guidelines also included the qualities of a parish administrator, or the leader of the team ministry.

Tan said most of the priests who were previously assigned in the mountain villages were transferred to the parishes in the lowlands; those who were assigned in the cities and coastal towns were relocated to far-flung churches.

The priest who had served as the team moderator in his previous stint, was not assured of assuming the same role in his new assignment, said Tan.

A team moderator, said Tan, must be a mature person, good leader, experienced and not more than 65 years old.

However, there is an exemption in the Echica-formulated guidelines: a priest who holds a senior position at the Archdiocese cannot be dispatched to a parish in the hinterlands like Msgr. Raul Go, who is currently serving as the judicial vicar at the Metropolitan Tribunal.

From his previous assignment in the Sto. Tomas de Villanueva Parish in Barangay Poblacion Pardo, Cebu City, Go was transferred to the Cebu Metropolitan Cathedral, near his tribunal office.

Newly ordained priests, Tan said, were not yet assigned to big parishes so as not to stun them with the enormity of handling a church with several parishioners.

After the new assignments were approved by Cebu Archbishop Jose Palma, Tan said the prelate made an adjustment for the elderly priests.

“For some reasons, they need to be in some place because of health reasons, or because of their age,” Tan said, adding that some priests chose parishes that are near their respective doctors’ clinics.

Some priests, Tan said, may not have liked their new assignments. However, Tan believes that the disgruntled priests kept quiet after they noticed that the Archdiocese implemented a “meticulous process” before announcing the reassignments.

“In general, the majority of the priests are satisfied with the results of the assignments,” he said.

The list of the relocated priests, he said, had been reviewed several times, and Palma distanced himself from the selection process.

“Archbishop Palma was very respectful of the members of the board. He did not dictate his own selection,” Tan said.

The massive reassignments of priests had been announced by Palma after the International Eucharistic Congress in 2016. (from SCG of Superbalita Cebu/KAL)