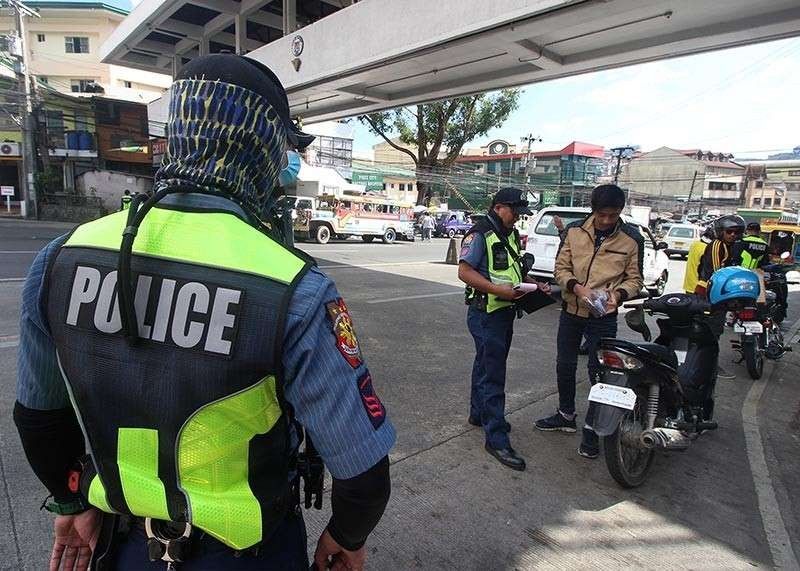 PHILIPPINE National Police (PNP) Chief Oscar Albayalde has ordered his men in northern Luzon to remain vigilant while they validate reports of a possible attack by a terrorist group.

Albayalde said he also instructed his men to beef up target hardening measures such as intelligence gathering and the conduct of checkpoint and patrolling to boost police visibility.

He said they have yet to receive intelligence information on this, but were validating an alert memorandum issued by the Northern Luzon Command (Nolcom) of the Armed Forces of the Philippines (AFP).

An alert memorandum issued by the Nolcom, which was supposed to be an internal document, ordered all its units in Northern Luzon to take necessary preventive measures against a possible terror attack.

Nolcom will be placed on red alert on August 11 and 12.

The Nolcom said they received an intelligence information on August 2, stating that a “Crusader City” with business centers and “Crusader Churches” in the Northern Luzon are being targeted for terror attack by international terror group Islamic State of Iraq and Syria (ISIS).

“Crusader Cities is the term used by ISIS in describing target areas to fuel what they call ‘Bandar Crusade’ or war between Muslims and Christians while ‘crusader churches’ is their generic term for all historic Catholic churches,” the Nolcom said.

Nolcom mentioned the cities of Laoag, Vigan and Tuguegarao and Manaoag in Pangasinan as the places that fit the description of the possible target areas.

As part of preventive measures, Nolcom ordered the heightened intelligence monitoring in all areas of responsibility but with priority on the mentioned areas.

Albayalde said they may also elevate the alert level in the northern Luzon.

He said the terrorist group was targeting churches to create chaos between the Muslims and the Catholics and Christians.

Two suicide bombers set off bombs during a Sunday Mass at the Jolo Cathedral on January 27, 2019. A total of 23 civilians and uniformed men were killed while 109 others were injured.

Earlier, AFP spokesperson Brigadier General Edgard Arevalo said the alert memorandum from Nolcom is “genuine” but the information it contains still needs to be validated.

“The document is genuine but the intent for issuing it is primarily for verification as to the reliability of the source and the veracity of the information,” he said.

“Our SOP (standard operating procedure) dictates never to take chances by dismissing the information outright or believing it as gospel truth. Because no matter how doubtful or credible an information is, we do verification. We have to take, as we have been instituting, appropriate security measures in either case,” he added.

He urged the public to remain calm but vigilant and report to the authorities any suspicious people or activities in their communities.

He assured that the AFP and other security-related agencies have been apprised of this report and are working tirelessly to prevent it and similar threats from happening. (SunStar Philippines)